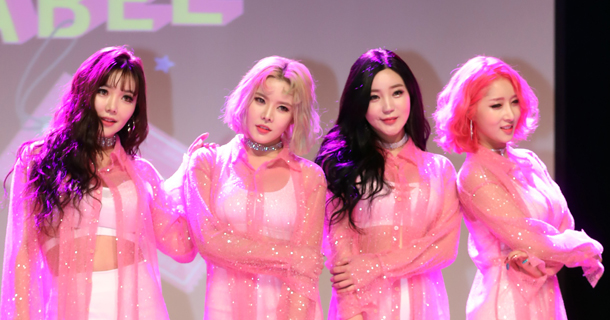 Singer Som, a member of the K-pop girl group Laysha, spoke out about the hidden camera footage of her fellow member Goeun that made its way to the internet this week.

On Wednesday, Som shared a screen capture on Instagram of a post promoting the photos of Goeun. “Personal photos of Laysha’s Goeun are up … [we should] keep these in our possession forever. You do not need to verify who you are, just put any number in for your ID and password [and then you can see the photos],” the post read.

The photos that surfaced were of Goeun in her home, at her agency and even in her car.

“I am so sad that people would think we would do this for noise marketing,“ said Goeun in an official statement released by JS Entertainment on Friday. “The photos were taken when we were filming a variety show that tapes our everyday lives … we are considering taking legal actions against whoever is responsible,“ she added.