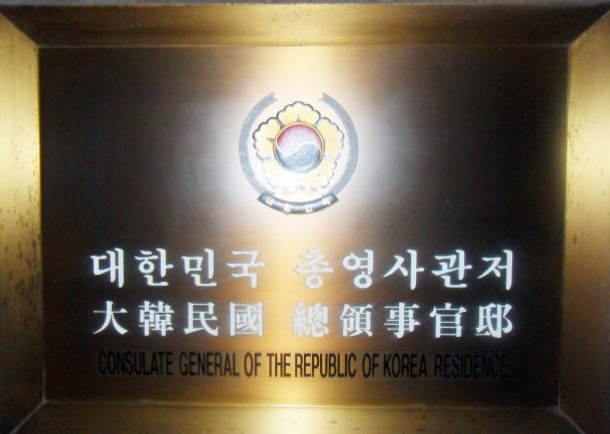 YEH YOUNG-JUN
The author is the Beijing bureau chief at the JoongAng Ilbo.

In January, an official notice from a local government arrived at the consulate in Shanghai. The letter was not addressed to incumbent Consul General Park Sun-won, who had been just posted, or the predecessor, but to the consul general who had served before them. The predecessor, Byeon Yeong-tae, was replaced only after eight months, before he was even able to finish greetings at the jurisdiction. The same thing is about to happen to Park because he resigned after only six months. He was called in for a more important position, but the appointment was so sudden that he left his personal belongings in the official residence.

Huadong Province, which the Korean Consulate General in Shanghai oversees, is a gigantic economic zone making up 24 percent of China’s gross domestic product. More than 7,000 Korean companies operate there, and more than 100,000 Koreans reside in the province. The Korean consul general in Shanghai is more respected than an ambassador from a small country, but a desk chief-level officer is delegating the job. The post of the vice consul general has been vacant for eight months, and the No. 3 position has recently been posted to another location.

This year, the Consulate General skipped the local Liberation Day ceremony. The cancellation happened in Shanghai, the site of the provisional government that the current administration advocates as the base of the foundation of the Republic of Korea. A scheduled exhibition on comfort women was also canceled. Negotiations to procure a Korean school in Wuxi, Zhejiang Province, where SK Hynix and other Korean companies are located, was suspended after a date was set by the consul general and a local government official. A Korean resident said that those in the region felt excluded.

The Chinese government protested because the Korean consul general did not notify the government of his transfer and resignation upon returning to Korea. While “leaving quietly” may be a virtue, it is not the case for the head of a diplomatic delegation. It will take a long time for a successor to go through the selection and verification process, get approved by the Chinese government and be posted.

As far as I know, Park Sun-won is more fit to work on foreign policy and security strategy than head a delegation. The government called him back after six months, practically admitting that sending him to Shanghai was not the best assignment.

There have been seven consuls general in Shanghai over the past ten years, and except for one, they were politicians or professors involved in the presidential campaigns.

As the Druking case showed, delegation heads somehow turned into posts awarded to those who helped in the presidential election, when they should be given to those dedicated to the interests of overseas Koreans and businesses.