Let the data speak for itself

Let the data speak for itself 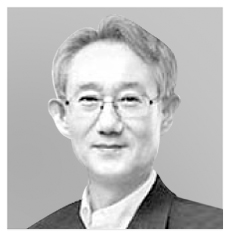 Kim Choong-rak
The author is a professor at Pusan National University and chairman of the Korean Statistical Society.

About 10,000 years ago, homo sapiens began building settlements after learning how to farm. Before that, they had to move around to find food for 190,000 years. Anthropologists assume that they went out to hunt and gather about twice a week. In other words, they learned to store food for about four days through trial and error.

Keeping records and extrapolating knowledge from them underpins the functional role of statistics. As small tribal communities turned into bigger states, it became necessary to gather information, compile them and deduce new information through scientific means. That is how statistics, the collection of information by a state, was born.

Statistics can be broken down into three major tasks: sampling, analysis and generalization. The whole process must be impeccable and transparent without any distortion or fabrication. If not, they become, as British Prime Minister Benjamin Disraeli once put it, a lie.
Those familiar with statistics are most tempted to get “involved” in the process of sampling because even a slight tweaking of the numbers to accommodate one’s reasoning or theory can bring enormous riches and even a Nobel Prize.

Elizabeth Holmes, founder of the embattled blood testing start-up Theranos, was fined for a massive fraud in which investors were deceived with misleading technological demonstrations and overstated performances of the company. The start-up claimed that its commercial-ready portable blood analyzer could perform all kinds of laboratory tests from a small sample of blood. All the hype fizzled out a few months later after other scientists could not verify the research. Many fall into the temptation to doctor data, but honesty is the backbone of statistics.

Let the data speak for itself. One must ensure that any materials in scientific research and public policies are not falsified or fabricated even in the slightest way. That is why neutrality and independence are always stressed in statistics. Without question, data should be totally free from political influence.

Information that is important to the state’s agenda and policies must not be hidden or distorted even if it is unfavorable toward a policy. Policy makers should be humble before the numbers and decipher the meaning behind them to make adjustments to policies if necessary.
The role of statistics becomes bigger as a nation grows larger. Statistics Korea was established first under the Bureau of Public Information in 1948. It went under the Interior Ministry in 1955 and the Economic Planning Board in 1961. It finally became an independent vice minister-level agency in December 1990.

As its history tells, statistics in Korea began as a supplementary service for economic planning. Its role in planning and steering the economy when Korea was still developing is natural. In fact, a political bureaucrat who majored in economics almost always headed the statistics office. Thus, statistics then was perceived as a study supporting economics. But today, a statistical approach is applied to a wide range of studies from medicine and engineering to the social sciences.

The statistical office does not just compile data on the economy. It tracks and analyzes demographics, the environment, health care and welfare. Data has become central to artificial intelligence, machine learning and other data-backed sciences. Yuval Noah Harari, the historian and best-selling author of “Sapiens” and “Homo Deus,” predicted that statistics would become the most important study for humankind in the future.

Yet the Korean government’s approach to statistics and managing it remains as outdated as in the days of industrialization. A lack of respect for data suggests Korea remains politically underdeveloped. How else can we explain the sudden dismissal of the statistics office chief? It raises serious questions about the current administration’s appreciation for neutrality in statistics.

The current government only wants senior officials who share its philosophy. But the head of the national statistics office should be skilled and completely neutral from politics. The office’s term must also be guaranteed. The person should not be handpicked to serve the government’s propensities.

Data should be honest. An accurate analysis can only be drawn from honest materials. There have been many cases in the past where statistics were compiled and manipulated to justify a government’s education policies for example. Statistics should not serve political purposes whatsoever.