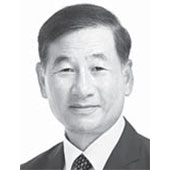 Kang Koo-young
The author is a former vice chief of staff in the Korean Air Force and currently a professor at Yeungnam University.

On Aug. 29, a Chinese military plane entered the airspace around Gangneung, Gangwon, in the northeastern part of the country and then retreated. The Korean Air Force deployed 10 fighter jets, including F-15Ks, to defend the airspace.

The unauthorized entry of Chinese military aircraft into Korea’s air defense identification zone (Kadiz), has become more frequent. Incidents of Chinese Kadiz violations increased from about 50 cases in 2016 to more than 70 last year. Long-range infiltrations into the East Sea occurred twice last year, but they have been repeated five times already this year.

Until three years ago, the Kadiz violations were mostly near Ieo Island, about 150 kilometers (90 miles) south of Jeju Island. But since last year, the planes have penetrated deeper into the zone. When I was a commissioned officer piloting fighter jets in the 1980s, former Soviet bombers and reconnaissance places mostly entered the Kadiz. Now, they are Chinese.

China’s Kadiz violations have been increasing dramatically since China declared its own identification zone, the Cadiz, in 2013. China’s Cadiz declaration was part of a strategy seeking hegemony in the East China Sea and Pacific. At first, the incidents were mostly on the southeast side of Ieo Island, where the air defense identification zones of Korea, Japan and China overlap. But as time went by, China began expanding to the Korean Strait and East Sea, proving its intentions.

The frequent Kadiz violations by China are meant to expand its influence over the Korean Peninsula. This year, unauthorized Chinese planes did not fail to enter the Kadiz whenever a major event happened in Korea, such as the PyeongChang Winter Olympics, the inter-Korean summit, North Korea’s return of U.S. soldiers’ remains and the U.S. defense secretary’s remarks suggesting a resumption of joint military drills with Korea. They are all meant to send the message that Korea is under the influence of China.

Along with Japan’s Jadiz, the Kadiz is an obstacle for China’s naval and air expansion in the Pacific. As long as both zones exist, China’s military advance will be restricted. Therefore, China’s strategy to secure a free path to the Pacific by dismantling the Kadiz and Jadiz is key to its regional hegemony grab. 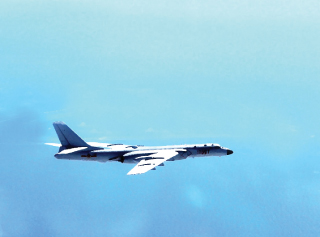 The intrusions may also be a preventative measure in case denuclearization talks between North Korea and the United States break apart. The Kadiz violations are said to be closely related to the movement of U.S. strategic assets. The close alliance between South Korea and the United States and aggravation of North Korea-U.S. relations will promote China’s Kadiz violation even more.

An air defense identification zone is a space arbitrarily set at a preventative level to restrict the unauthorized entry of foreign aircraft. There is no international law enforcing the zone. The South Korean and Chinese militaries have an agreement to notify each other of air defense identification zone entries in advance through a hotline. But China has been entering the Kadiz without notice and ignoring the agreement, claiming the entries are part of its “routine practice.”

We must urgently prepare a plan to restrain unauthorized entry by Chinese planes. The biggest challenge for the Korean Air Force is the limited detection capabilities of Chinese aircraft entering close to Ieo Island. The area is far from the radar of Jeju Island, and the detectable altitude is so high that it is hard to detect aircraft entering at medium and low altitudes. Chinese aircraft entering the Yellow Sea at a high altitude can be detected and dealt with through tactical measures, but it is impossible to respond to planes entering at medium to low altitudes near Ieo Island.

It is most important to establish the capacity to detect all aircraft and generate a long-range tactical response. The radar on Jeju Island and the Air Force’s early warning system are not enough. A radar on seas around Ieo Island, along with an additional warning system, should be put in place to surveil all areas of the Kadiz 24 hours a day. The capacity to make long-term, long-range responses on the entire zone should also be established.

Military diplomacy with China must be reinforced so that China notifies Korea of Kadiz entry in advance. What’s most important is the Korean military’s strong will not to allow unauthorized Kadiz entry. By reinforcing regular drills in the zone and actively responding to planes entering without permission, Korea will remind China that the air and sea around the Korean Peninsula does not belong to China.