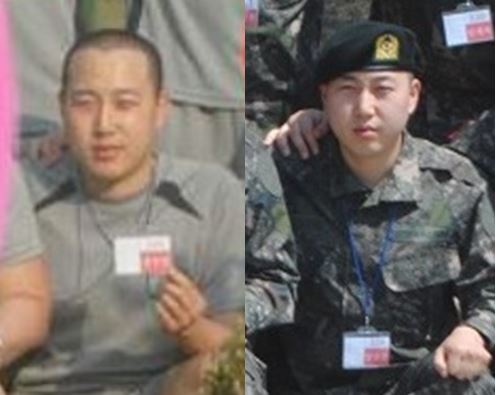 Jang Beom-jun, the former frontman of Busker Busker, will be discharged from the military on Oct. 10, the Army’s Capital Defense Command said on Friday.

The singer tore one of his knee ligaments while playing football at the command’s 52nd Homeland Defense Infantry Division in May, according to the Army. He applied for an exemption from military service on Aug. 29, citing the injury.

His request was accepted on Friday, the Army said, allowing Jang to leave the military five months earlier than expected. In South Korea, every able-bodied man between the ages of 18 and 35 is required to serve at least two years in the military.

Jang shot to fame when his band, Busker Busker, appeared on season three of the Mnet singing competition “Superstar K.” Although the group disbanded in 2013 to focus on their solo careers, their 2012 song “Cherry Blossom Ending” (2012) is still a perennial hit, re-emerging every spring at the top of music charts.