Kim is playing a dangerous game

Kim is playing a dangerous game 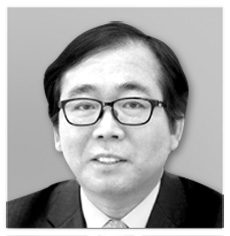 The United States went into self-protection mode after deeming its unruly president had gone too far. The Congress, think tanks, media and White House insiders have joined forces to slam the brakes on President Donald Trump’s unilateral governing style. Robert Einhorn, a senior fellow at the Brookings Institute who was a nonproliferation expert for the State Department for Democratic presidents Bill Clinton and Barack Obama, was right when he said he was not worried about Trump winning the 2016 presidential election, as he had faith that the American system would hold him back.

This mature system should be envied by Koreans, who had to hold mass rallies in the streets for months in order to remove a corrupt and unjust president. It may be the limit for an importer of the democratic system.

Trump was called “unhinged” and an “idiot” by his Chief of Staff John Kelly — and has the understanding of a “fifth or sixth grader” according to Defense Secretary James Mattis — in the book “Fear,” which was released by legendary Washington Post journalist Bob Woodward this week.

Kelly refers to the White House as a “crazytown,” with staff scrambling around to avert disaster and clean up the messes caused by their impulsive boss. An anonymous op-ed published in the New York Times titled “I Am Part of the Resistance Inside the Trump Administration” also shook the White House. Vice President Mike Pence, Mattis, and other senior officials had to publicly deny being the scandalous whistle-bower.

Trump accused Woodward, who broke the Watergate scandal, of distributing “fake news” and being “a con to the public.” But the Washington Post last Tuesday released the transcript of an 11-minute phone conversation between Trump and Woodward, who officially asked for an interview for the book he was writing about Trump’s presidency.

During the phone call, Trump claimed that he had not received any request for interviews for the book, which was immediately retorted by Woodward, who had sought permission for “hundreds of hours” of conversations with senior officials at the White House. It turned out that Trump’s aides and cabinet members had lied by claiming that they had not talked to the journalist.

Woodward’s book also shows that Koreans are in danger as much as Americans due to the erratic commander-in-chief. Early last year, Trump asked the U.S. military to prepare a plan for a preemptive strike on North Korea. A shaken Gen. Joseph Dunford, the Chairman of the Joint Chiefs of Staff, told Sen. Lindsey Graham in February about the stunning order he received from Trump.

A former economic official had to swipe papers from Trump’s desk so that he would not sign an executive order that would kill the bilateral free trade agreement with South Korea.

Trump also was unhappy about Washington giving South Korea a $10 billion antimissile system to shield against North Korean missile threats, and wanted it moved to Portland, Oregon. The exposure is another rude reminder that the fate of the Korean Peninsula is at the mercy of the whims of a U.S. president.

It also should alarm us that Trump, a businessman to his bone, can trash a deal whenever he wants to. Trump remains eager and engaged with the progress in North Korean denuclearization ahead of the midterm election. But after the November election, he could suddenly lose patience with North Korea and pull the rug if he fails to reap tangible results.

In his article for the Tokyo Business Today on Aug. 27, Daniel Sneider of Stanford University claimed that Washington’s North Korea policy “is in a state of crisis.” After talking to senior officials — including two on the North Korea negotiating team and former national security officials consulted by Secretary of State Mike Pompeo and the National Security Council — Sneider discovered that none of them believed that the goal of “final, fully verified denuclearization of North Korea” can be achieved. Trump may be the only exception, he said.

Sneider also learned that the aim of most U.S. experts implementing North Korea policy is to stop Trump from meeting North Korean leader Kim Jong-un again. Amid an increasingly hawkish and skeptical mood in Washington, Trump won’t be able to keep up his détente with Pyongyang if Kim stays recalcitrant.

The Moon Jae-in administration is also facing mounting pressure. President Moon vowed to make irreversible headway by the end of the year. But if denuclearization does not progress as fast as he promised, he will confront much stronger attacks from the opposition and conservatives. North Korean leader Kim Jong-un must keep this in mind when Moon arrives in Pyongyang next Tuesday for summit talks.
It has been a windfall for Kim to have Trump and Moon as his counterparts. He must hand over an honest list of nuclear weapons and a timetable for denuclearization. Not much time is left. The democratic societies of America and South Korea move on public opinion. Trump and Moon won’t be able to hold off growing pessimism towards North Korea for long.

Kim is making a suicidal choice if he thinks he could buy time again, through China’s help, to become a nuclear state like India or Pakistan. Once North Korea becomes recognized as a nuclear weapons state, it will almost certainly trigger a nuclear arms race with Japan and China as well as Taiwan, Vietnam and South Korea.

The nonproliferation pact will be wrecked. Is this what Pyongyang wants? North Korea is dreaming if it thinks it can still normalize ties with the United States. If he dithers further, Kim will destroy the hard-won favorable view of North Korea and a chance to make his country a normal state.