BTS tops the charts in U.S., Japan and Korea

BTS tops the charts in U.S., Japan and Korea 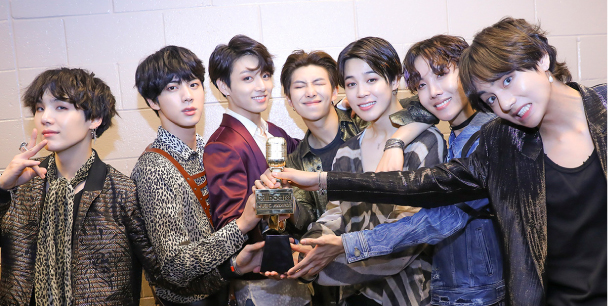 Boy group BTS has swept the top spots of major music charts of Korea, the United States and Japan with its new album.

The group topped Japan’s Oricon weekly albums’ chart for the week of Sept. 3-9 with “Love Yourself: Answer,” according to its agency, Big Hit Entertainment.

This marks the fourth time that the group took the first spot on the chart after “Youth” in September 2016, “Love Yourself: Her” in October 2017 and “Face Yourself” in April 2018.

Upon its release on Aug. 24, the latest album topped the U.S. Billboard 200 Albums chart and the monthly Korea’s Gaon Chart for last month.

The album sold 1.93 million copies, including overseas sales, in the first eight days of release. The number is the highest since Gaon began tracking sales of records.

“We truly enjoyed the tour in LA and thank you. See ya LA!!” the group wrote on Twitter after finishing its four-day stay in the American city.

The band will continue the world tour in Oakland today. In November, it will hold a tour of Japanese cities, including Tokyo, Osaka, Nagoya and Fukuoka.