The future of music

The future of music 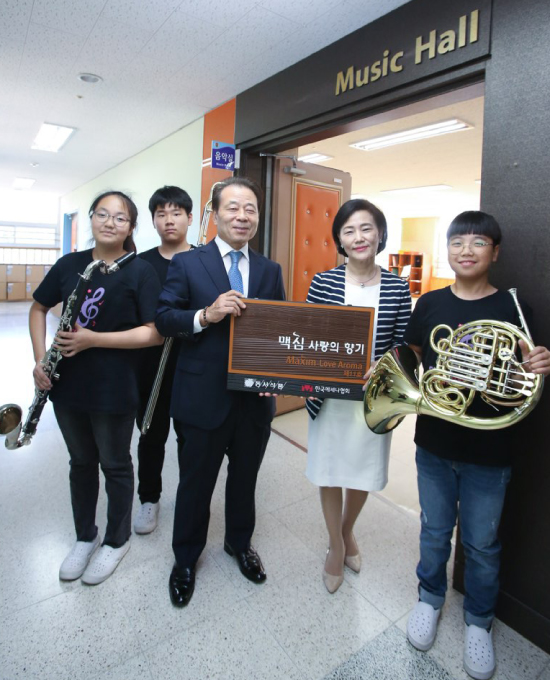 Dongsuh Foods Vice President Kim Chang-soo, center, poses with headmaster Lee Bong-ae of Sinsanggye Elementary School, second from right, and members of its orchestra on Wednesday at the school in Nowon District, northern Seoul. The company delivered new instruments, such as French horns and trombones, to students in Shinsanggye’s Dreamwind Orchestra as part of Dongsuh’s annual program Maxim Scent of Love. The campaign celebrates its 11th anniversary this year and has offered instruments or constructed practice halls worth a total of 240 million won ($212,620) for 11 schools or nurseries. [DONGSUH FOODS]