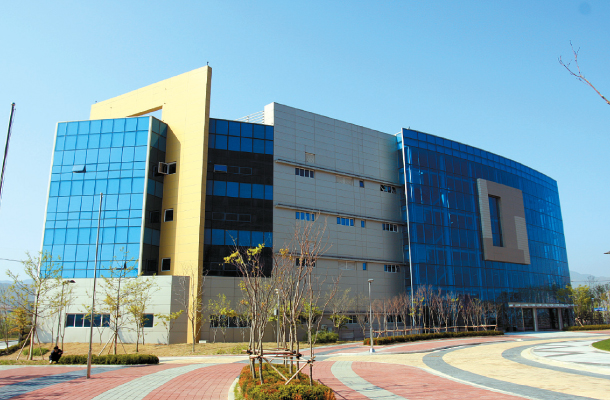 The two Koreas will open a joint liaison office for round-the-clock communication between the South and North in the border city of Kaesong tomorrow, the South’s Ministry of Unification announced Wednesday.

Some 50 to 60 officials from each side will take part in an opening ceremony to launch the joint office at 10:30 a.m. The liaison office at the shuttered Kaesong Industrial Complex, just north of the inter-Korean border, will begin operation immediately, just days before a third summit between South Korean President Moon Jae-in and North Korean leader Kim Jong-un.

“The liaison office will become a symbolic communication channel to advance South-North relations, alleviate military tensions and establish peace on the Korean Peninsula,” said Baik Tae-hyun, spokesman for the Unification Ministry, in a press briefing in Seoul on Wednesday. “We look forward to handling inter-Korean relations in a stable manner through communication 24 hours a day, 365 days a year, and expect this to contribute to making progress in the denuclearization negotiations between the North and the United States.”

South Korean Unification Minister Cho Myoung-gyon and North Korea’s Ri Son-gwon, chairman of the Committee for the Peaceful Reunification of the Country, which handles relations with the South, will take part in this ceremony, along with other government officials, lawmakers, scholars and civic activists.

The liaison office will function like a permanent mission for both countries and will be tasked with overseeing contact and communication, holding meetings and consultations between officials and supporting civilian exchanges and personnel traveling across the border.

South Korean Vice Unification Minister Chun Hae-sung was named the inaugural co-head of the liaison office, and his North Korea counterpart will be a vice chairman of the Committee for the Peaceful Reunification of the Country. The South and North agreed to station at least 15 officials at the liaison office. However, the South could station up to 30 personnel and staff from various government agencies including the Unification Ministry, Land, Infrastructure and Transport Ministry, Culture Ministry and the Korea Forest Service.

Officials from the two Koreas will work in the same four-story building, previously used as the Inter-Korean Economic Cooperation Consultation Office, albeit on different floors, between 9 a.m. to 5 p.m. There will be some officials on duty around the clock.

Only the South Korean officials will live in the Kaesong complex from Monday through Friday. The co-heads of the joint office will hold meetings once a week, and when necessary, personally convey messages from their leaders.

Launching a liaison office was part of the April 27 Panmunjom Declaration agreed upon by President Moon and North Korean leader Kim in their first summit.

The office, initially set to be launched last month, faced delays especially amid concerns from Washington after denuclearization negotiations stalled with Pyongyang.

The Blue House has underscored that the liaison office will not violate any United Nations or international sanctions on North Korea.

Stephen Biegun, the U.S. State Department’s new special representative for North Korea, visited Seoul this week and spoke to South Korean Foreign Ministry officials and President Moon on Tuesday, and Seoul sought Washington’s understanding on the opening of the office.

The two sides will sign an agreement on the operation of the office tomorrow at the opening ceremony.