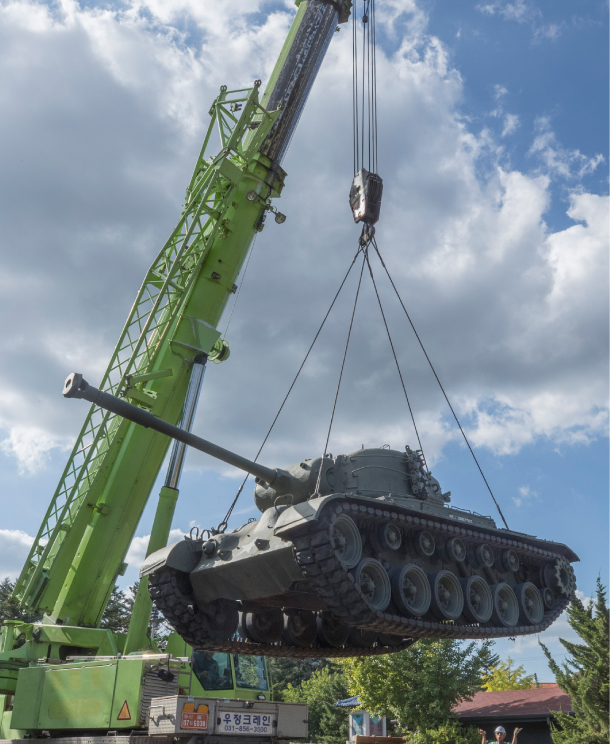 A crane hoists an M-26 tank used by the U.S. Army during the Korean War (1950-53) on Wednesday to prepare for its move from Camp Red Cloud in Uijeongbu, Gyeonggi, to Camp Humphreys in Pyeongtaek, Gyeonggi, as part of an agreement by the United States and South Korea to move American forces south. [YONHAP]