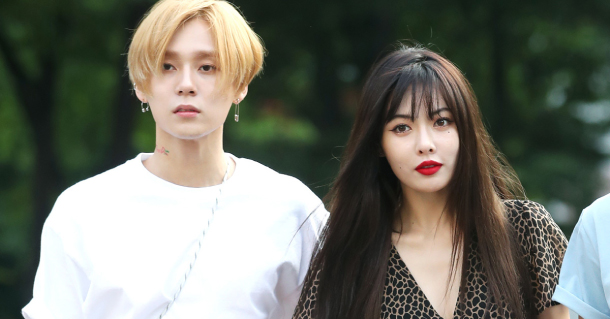 Singers HyunA and E’Dawn had their contracts terminated by their agency Cube Entertainment on Thursday.

“The most important thing between a management agency and its artist is trust … after many discussions we have decided that it was impossible to facilitate the trust that we have lost with HyunA and E’Dawn, which is why we can no longer work with them,” stated Cube in an official statement released on Thursday.

Issues between the singers and Cube started in Aug. 2 when it was revealed that HyunA and E’Dawn were dating. The agency was quick to deny the rumors only to have the denial refuted by HyunA a couple hours later during an interview.

Ever since then, HyunA and E’Dawn have both been absent from scheduled appearances. On Aug. 23, E’Dawn announced that he would go on an indefinite hiatus from his group Pentagon. On Aug. 31, HyunA canceled plans to perform at a festival. The two have been dating since May 2016.