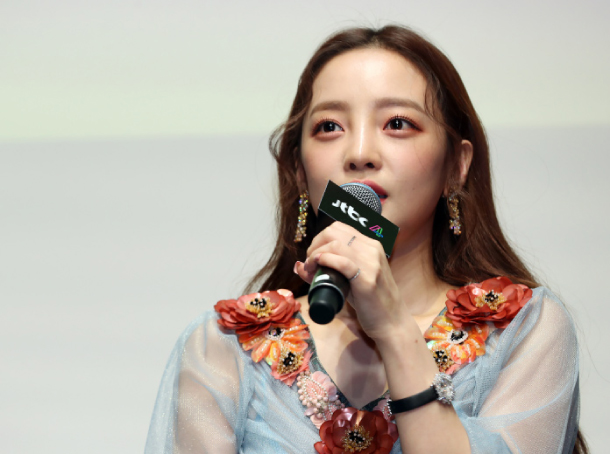 Koo Ha-ra, a former member of the girl group KARA, was taken into questioning by Gangnam police in southern Seoul after assault allegations were made against her by her boyfriend, police said on Thursday.

“A man who claims that he was Koo’s boyfriend called in to report that he was assaulted by her at around midnight today because he told her that he wanted to break up with her,” said the Gangnam Police Station officials.

“The call was made from a villa located in Gangnam District, southern Seoul. We are currently looking into the matter.”

According to police, there were no lethal weapons at the scene of the assault.

“Apart from the bruises and scratches on the arms of each party, no one seemed to be lethally injured which is why we are looking at the case as abuse committed by both parties,” the police added.

Koo Ha-ra debuted in 2008 as a member of KARA. The group disbanded in January 2016. Koo has been active as a solo artist ever since.