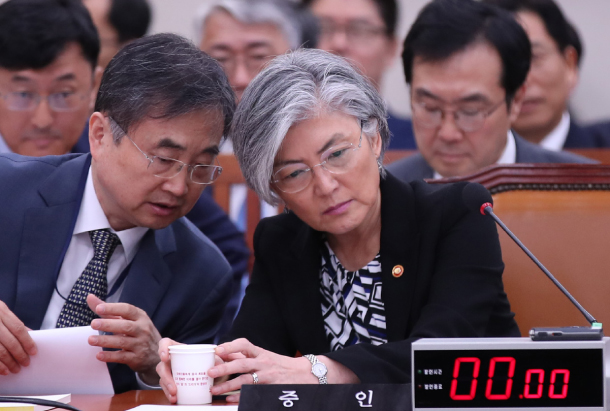 LEE KYONG-HEE
The author is a deputy editor of the digital contents lab of the JoongAng Ilbo.

It’s been two years since the Improper Solicitation and Graft Act was enacted. How well do those legislators abide by the law? The Anti-Corruption and Civil Rights Commission studied overseas business trips from the past two years from officials at the 1,483 public agencies to which the antigraft act and the Civil Servants Ethics Code apply. It found that 38 lawmakers and 16 aides and researchers may have violated the anti-corruption law. The commission listed 22 agencies that are suspected of receiving improper assistance, but did not release the names of beneficiaries. The findings are based on document reviews and each agency needs to conduct internal investigations.

In late August, Ha Seung-soo, co-head of Catch the Tax Thief, obtained materials from the investigation with a freedom of information request. According to the documents, among the 3,500 people who went on overseas trips with a budget provided by a different public agency, 157 were from the National Assembly. The data shows that the trip expenses per person received by agencies other than the National Assembly was 2.94 million won ($2,618) on average, but those in the National Assembly received an average of 7.7 million won. Audited agencies spent 2.6 times the usual expense to cater to the VIPs.

If you narrow down the trips described as “sponsored by the agencies suspected of improper assistance,” 76 people in the Assembly are still in the picture. The Korea Foundation — which is inspected by the Foreign Affairs and Unification Committee of the National Assembly — spent more than 300 million won to send 39 people abroad, while Koica spent 170 million won on 30 people. The Ministry of Economy and Finance spent about 100 million won sending 8 people on a trip.

It is possible to search online to find the attendees of the trips and official events sponsored by central government agencies, such as the Ministry of Economy and Finance. In many cases, the purpose of trips is described as “field visit” or “international exchange.”

The commission ordered the agencies in question to conduct internal investigations by the end of August. The JoongAng Ilbo requested the information, but it was not provided because Koica and other agencies haven’t compiled it. Article 9, Section 1, Clause 5 of the Information Release Act is evoked, as it allows nondisclosure when disclosing the contents under internal review would incur considerable interference with fair operation. There is no means to prevent it if the clause is used to delay internal review until public interest cools down.

If the National Assembly does not pass the pending revision bill, it is practically declaring itself a lawbreaker.