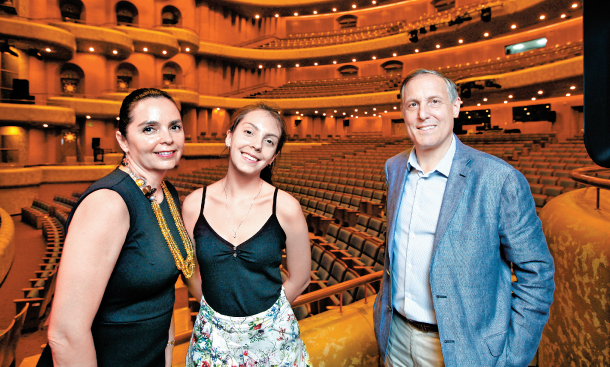 “Cristobal, we tried for him,” said Bruno Figueroa, looking over the dining table at his 13-year-old son, “but it lasted maybe…”

“Just a few weeks,” said Paloma Figueroa, Cristobal’s sister. They were talking about how long Cristobal tried to learn the piano for.

“How about the guitar?” asked Verónica Gonzalez, mother of the three junior Figueroas in the family, of whom two have learned ballet and played the piano for more than a decade.

“Nope,” Cristobal said. The conversation must have taken place over the dining table before, judging by how quickly he made up his mind.

It was a late summer afternoon in the residence of Bruno Figueroa, the Mexican ambassador to Korea, in central Seoul. The dining table was laden with homemade dishes including a quiche made with huitlacoche, a type of mushroom grown on corn, and the pollo encacahuatado, a chicken dish with a peanut sauce. The family passed the dishes around with quips in Spanish, French and English.

“The first thing I did arriving in Seoul last year was buying a piano,” said Bruno Figueroa. “Our two girls studied it.”

“I played it since I was seven,” said Paloma, 16, who has also been dancing since she was three. She performed as a member of a prestigious French school of ballet, the Stanlowa, the Pacific Ballet Company in San Francisco and Seoul Station here.

Having music and dance early in their lives was intentional.

“I wanted to give this opportunity for my children to have access to expressing themselves through the arts,” Gonzalez said. “I have been involved with ballet and theater growing up, and I knew that expression is very important for human beings.”

Looking into the roots of the Figueroas, it’s no surprise that the arts are a big part of the family’s life.

“My wife and I come from families that regard culture very highly,” Figueroa said. “Verónica, her father is a painter and is always listening to classical music — he has outstanding memory of musicians and symphonies, conductors.

“In my case, both my parents were very fond of any cultural expression but more specifically music,” he said. “I studied music since I was six years old ­­— played the Baroque flute and then the piano. I was taken to concerts as early in my life as I could remember. When the University Cultural Center was inaugurated, I was 11 years old.”

The University Cultural Center, a cultural center with museums, concert halls, scenic walkways with gigantic sculptures and a plethora of archaeological artifacts, so big that it could be a small city of its own, has long been a part of the Figueroas’ weekends.

What he was surprised to find, Bruno Figueroa said, was the quality of artistic endeavors he could engage with in Seoul.

“Last year, a friend of mine, who also loves classical music, asked me if I have opportunities in Seoul to enjoy them,” he said. “I answered him immediately — the Berliner philharmonic will be here in November, [Evgeny] Kissin will also be here, so you cannot imagine, you cannot believe the quality of the offer that you find here.”

The following is an excerpt of the family’s experience in the arts and music scene in Seoul and their recollection of the singing, dancing and painting that influence the daily lives of Mexicans back in their homeland.

Q. What was one of the most memorable concerts or performances you’ve attended in Seoul?

A. Bruno Figueroa: It would have to be the Anna Karenina ballet at the Seoul Arts Center that I saw with Paloma in November. Korea has a very good reputation in contemporary and classic dance, it has very good dancers. It was an incredible performance with live orchestra. The highlight was at the end, when we met with the performers on the backstage.

What types of concerts or performances are you usually on the lookout for?

Bruno Figueroa: Classical music, piano pieces, operas, ballets — there are so many great performances in Seoul. But what I noticed is the equal level of passion and interest the Korean people have in these opportunities. The tickets sell out very fast — I tried numerous times to go to the concert of pianist Cho Seong-jin, but have not been successful so far. And whenever we go see performances, we have been surprised by the fact that the halls are always at full capacity.

Mexico’s Independence Day is on Sept. 16. The commemoration last year in Seoul was filled with music with a mariachi band. What is a song that everyone would know the words to?

Would you say that music and dancing are a big part of the people of Mexico?

Gonzalez: Music is a very, very important part of our lives, and is for the life of every country that wants to get ahead and still preserve an identity.

Bruno Figueroa: There is a richness in the Mexican expressions through the arts, there is a complexity for any audience, any taste — you can see it in the street arts to the works of the most renowned artists. When it comes to the arts, you’ll find everything in Mexico. 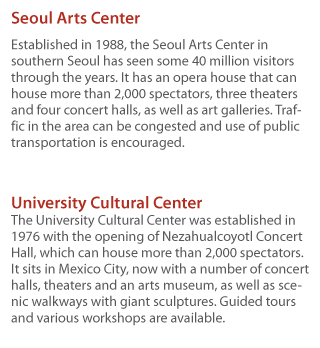 Where in Mexico City would you recommend for the arts and performances?

Bruno Figueroa: The University Cultural Center, within our national university, which is larger than the Vatican, it’s called the University City. Inside its cultural center are various music and concert halls, like the Nezahualcoyotl Concert Hall that has a capacity to house more than 2,000 spectators and is one of the most famous concert halls throughout the Latin America region. There are also theaters and dance halls like the Juan Ruiz de Alarcón Theatre, Miguel Covarrubias Dance Hall, as well as the University Contemporary Art Museum, which has the largest public collection of contemporary art in Mexico. There are also giant sculptures in the center, like the Sculpture Space made up of 64 giant triangular prisms framing an area of lava rocks and the Pedregal Serpents, a volcanic rock piece by Federico Silva.

We can’t skip over the murals of Diego Rivera when talking about the art scene in Mexico.

Bruno Figueroa: There are special tours in Mexico City to see just some of the murals, they are in so many places, even we don’t know them all. Some are in buildings of government ministries. For example, the murals at the Health Ministry are a jewel, especially the meeting room for the minister. It’s off limits to the public, but I’ve been there a couple of times because of meetings. One famous place to see the murals that is open to the public is the national palace, where there are visits every day. You can see the history of Mexico across the murals of Rivera.

What else can we see in Mexico City?

Bruno Figueroa: Museums — we are one of the cities with the highest number of museums in the world. You can spend a whole week in Mexico City just visiting museums, churches, places like Frida Kahlo’s house, neighborhoods and of course tasting foods, and during the evenings and nights having fun in what’s like the Hongdae District of Mexico City.

Korea became popular among Mexicans during the past World Cup season.

Bruno Figueroa: We had an instant communion, it was amazing how Koreans and Mexicans spontaneously got together and celebrated that way. Some hundred youngsters went to the Embassy of Korea in Mexico City and they cheered the ambassador.

Gonzalez: They sent a whole bus of Corona beer.

Bruno Figueroa: The manager of Corona in Mexico sent a full truck of beers to the Kia factory in Monterrey and gave away hundreds of cans to the Kia workers. But what happened next was unexpected. The following week we received boxes of beer at the embassy here in Seoul. We opened up the box to find a letter from Cass, saying, “Dear Mexican people, we’d like to say thanks to the affection Mexican people showed us and give you our sincere congratulations in advance to the round of 16 of 2018 FIFA Russia World Cup. Cass, the most loved beer brand of Korea, sends a gift for you to turn the remaining matches upside down.” That was very a good surprise. 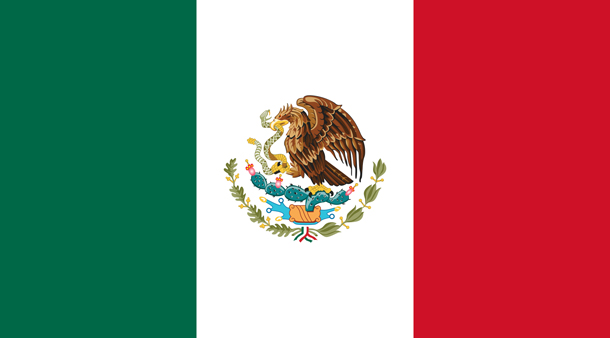 Mexico and Korea established diplomatic relations in 1962. The two countries’ trade volume reached $19 billion in 2017 — South Korea exports LCDs, TVs and automobile parts to Mexico while Mexico exports zinc, copper and mobile communication devices and parts to Korea. There are more than 370 Korean companies operating in Mexico, including Samsung, Daewoo, LG, Hyundai Mobis, Posco and Kia Motors. A sector of cooperation the countries have been looking into recently is the aerospace industry.

Bruno Figueroa has been the ambassador of Mexico to Korea since July last year. He was previously the general director of the Mesoamerica Integration and Development Project at the Mexican Agency for International Cooperation for Development, the deputy permanent representative to the Organization for Economic Cooperation and Development and the consul general in San Jose, California. During his free time, he likes to explore back alleys lined with hanok (traditional Korean houses).

Verónica González-Laporte has a Ph.D. in anthropology from Paris-Sorbonne University. She has done research in Mexican and French archives related to 19th-century Mexico. She is a historical novel writer and is the author of “El hijo de la sombra,” “La Mariscala” and “El tigre de Tacubaya.” She currently works for the Revista de la Universidad de México, UNAM, as a collaborator and translator and is responsible for its historical archives.