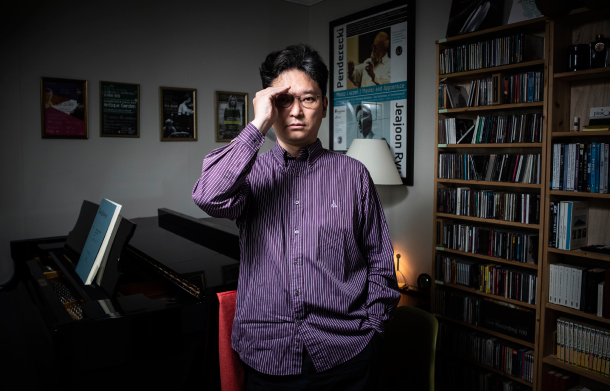 The 10th annual Seoul International Music Festival (SIMF) will open with a concert from the Japan Philharmonic Orchestra on Nov. 2. At 48,000 won ($42.50) a piece, the ticket price is relatively low compared to the costs of hosting an entire orchestra from abroad. And while the ticket revenue is expected to cover only 20 percent of the overall costs, this was all part of a plan put forth by the festival’s artistic director Ryu Jae-joon.

Offering the chance to see a world-class orchestra without breaking the bank was a must for Ryu, regardless of the economic setbacks.

An opening concert will kick off the festival in the 180-seat Ilshin Hall, in Hannam-dong, central Seoul. The tickets for the event cost 10,000 won to reserve in advance, but the money will be returned to concertgoers once they arrive at the show.

By offering tickets this way, the festival hopes to cut back on the number of people who receive promotional tickets and never show up. A similar promotion was used last year and it was a huge success with only three people out of the 180 not showing up.

Director Ryu majored in composition at Seoul National University and also studied under renowned maestro Krzysztof Penderecki. When he first started managing SIMF in 2009, Ryu was furious at the price of tickets for classical music performances in Korea. He pointed out that some foreign orchestras charged audiences 150,000 to 300,000 won for their concerts, an amount that could easily pay for one’s monthly food expenses.

This is why he is an advocate of the “local price” system. The concept, which started overseas, requires all the classical music concerts in a certain area to be similarly priced. Ryu is focused on making sure that the classical music industry not only appeal to elite audiences, but also focuses on attracting a larger audience.

He believes that production companies can break even with ticket sales by increasing the amount of governmental subsidies and corporate sponsorships they receive.

The SIMF will be held from Nov. 2 to Nov. 11. Famous musicians from around the world will come to Seoul to participate. Cellist Daniel Muller-Schott will be performing a solo concert on Nov. 3 and The Shanghai Quartet will be holding a recital on Nov. 6.

The JoongAng Ilbo, an affiliate of the Korea Joongang Daily, found time to catch up with director Ryu. The following are edited excerpts of the conversation. 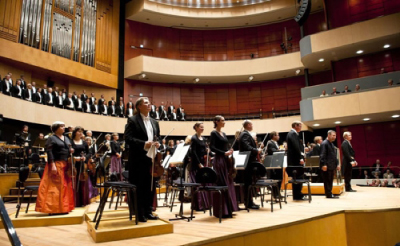 A concert from the Seoul International Music Festival. [KWON HYUK-JAE]

Q. Why do you think making ticket prices more affordable is important?

A. Because I want to appeal to a wider audience. About 10 million people are living in Seoul, but my heart aches when I think about how many of them would willingly come to listen to classical music.

Moreover, since this is the 10th year of the SIMF, the responsibility of needing to play a role has seeped deep inside me. The SIMF is more than just putting on a few classical concerts - it is about communicating a meaningful message to the audience.

Does lowering ticket prices require more donations and funding from outside organizations?

As you can see by the fact that the SIMF was one of the arts organizations blacklisted by the government in 2016, relying on government funding alone is a gamble. One solution to our problems is moving the date of the festival from summer to fall and performing when there are enough government subsidies available.

Currently the budget for the SIMF is 1.2 billion won. Forty percent of the budget is covered by government subsidies while another 40 percent is provided by company sponsorships. We even got sponsorships from the American embassy and the Polish and Japanese governments. We need to increase the money collected from our sponsors, that way we can ensure that more people will come.

More exposure will benefit our sponsors as well. In other words, providing a high quality concert at an affordable price is the only answer.

What do you think needs to change in the classical music industry?

We have to change the way sponsorships happen. Most sponsors ask for a certain amount of tickets in return for them helping us out. The price for the already expensive tickets often soars because of the lack of supply. In my opinion, ticket prices should be reduced to attract more people. This way sponsors can reap more benefits because they are exposed to a wider audience.

I play a significant role in managing the quality of the festival which is why I even assign the scores for our musicians. I often find myself fixating on each bar to make sure that the audience feels something after the performance.

What are some of the biggest achievements that the SIMF has made over the past 10 years?

The fact that many classical musicians are supportive of our cause is something I realized while I was recruiting them to perform. There are occasions where I need to negotiate guarantee fees because our tickets are relatively inexpensive, but many musicians understand my mission and know that we are not trying to reap any revenues.

Do you think your vision was communicated well?

There are still so many things to accomplish. The musical festival needs to maintain a certain standard of quality. I want to hear positive feedback for every single performance. Do you know why Herbert von Karajan is such a successful maestro?

Because he was at least above average in everything he did. Von Karajan is exceptional at Brahams but the Mahler Symphony? I don’t think it’s that great. However, it’s better than what normal maestros would achieve. I want to create a musical celebration that guarantees a good experience for the audience.

What reactions do you get from the classical music community when you condemn aspects of the culture like high priced tickets and invitation tickets?

Not many people say anything to me. Since I seem warrior-like, I think everyone assumes that things are going to go wrong if they [approach me] (laughs). However, I don’t want to condemn the classical musical community for wanting to profit from their endeavors. I just wanted to send a certain public message considering the SIMF’s philanthropic objective. However, quality-wise, I do not want to lag behind other musical performances.

What other aspects of the performing arts are you critical of?

Most contemporary composers have a tendency to compete with each other which is why so many pieces are difficult to perform. The fact that musicians can not live off the commission fees they receive from their performances is also a problem. I personally believe that having a critical mind is important for artistic development.

What is your goal for the future?

If we fill the seats for all 11 concerts that are planned, a total of 10,000 people will have come to see the festival. My goal is to make sure that an additional 10,000 will come each subsequent year.