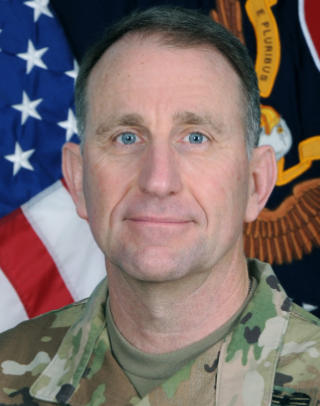 Gen. Robert B. Abrams, commander of the U.S. Army Forces Command, was nominated as the new head of the U.S. Forces Korea (USFK), according to military sources.

If confirmed, Abrams, a 57-year-old four-star general, will replace Gen. Vincent Brooks, who has served as commander of the USFK, United Nations Command and the South Korea-U.S. Combined Forces Command since April 2016. Abrams’ confirmation hearing is scheduled for next Tuesday, according to the U.S. Senate Armed Services Committee’s website.

A military source said that Abrams will “likely arrive in Korea around November, taking into consideration at least a month is needed for the confirmation process.”

Korean government sources said last week that while Brooks was initially expected to step down in July or August, the timing was delayed because of the June 12 North Korea-U.S. summit.

Brooks is expected to take part in the 50th Korea-U.S Security Consultative Meeting (SCM), scheduled to be held in Washington next month.

The German-born Abrams became the 22nd commander of the U.S. Army Forces Command (Forscom), the largest organization of the Army - involving some 776,000 soldiers and 96,000 civilians - since August 2015. He previously served as a strategic war planner for the chairman of the Joint Chiefs of Staff and a senior military assistant to Defense Secretary Chuck Hagel under U.S. President Barack Obama.

He is the son of a 1950-53 Korean War veteran, Gen. Creighton W. Abrams Jr., a former Army chief of staff and commander in Vietnam who is known for legendary exploits in World War II. The Abrams tank is named after the late general.

He has spent more than 35 years in active service and led units in countries including Saudi Arabia, Kuwait, Iraq and Afghanistan.

The transition comes during a crucial period of denuclearization negotiations between North Korea and the United States and a de-escalation of military tensions for over nine months.

Brooks told the JoongAng Ilbo on Friday on the sidelines of a dinner event celebrating the Korea-U.S. alliance that there has been no “instruction” from Washington thus far on a declaration to end to 1950-53 Korean War, which ended with an armistice agreement. Such a declaration could break an impasse in the denuclearization discussions between the United States and North Korea.