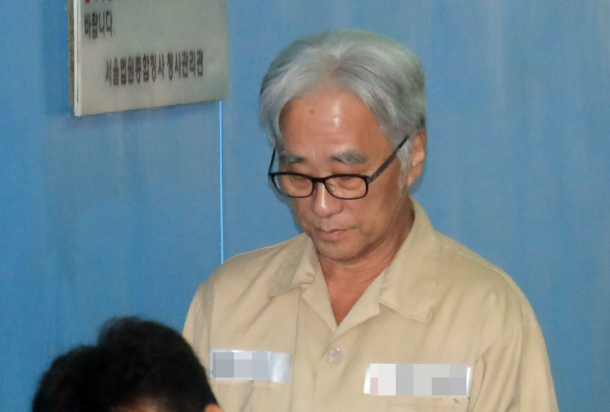 Theater director Lee Youn-taek, who was accused of sexually assaulting a number of members of his theater group, was sentenced to six years in prison at the Seoul Central District Court on Wednesday. This is the first time the Korean court has handed out a prison term to a person accused of sexual assault since the rise of the Me Too Movement earlier this year.

Lee was accused of sexually assaulting eight members of his Street Theatre Troupe on more than 23 occasions by asking them to massage him or touch his body from April 2010 to June 2016. The court found him guilty of all charges. “The defendant repeatedly sexually assaulted members of his troupe who were under Lee’s power and actors who appeared in [his] plays,” said the court.

“The victims had no other choice but to obey Lee in order to make their precious dream [come true] and that led victims to develop an irreparable sense of shame and frustration.”

Lee argued that not all of the testimonies from the victims were trustworthy and he did not mean to assault anyone, but to provide acting lessons. The court said it didn’t find any reason to doubt the sincerity of the victims, as they revealed their identities to expose what Lee had done to them, and they got together to sue Lee after Lee had a press conference saying sorry and saying that he would cooperate with the investigation if a legal procedure took place.

The court used aliases for the victims when listing what they claimed Lee did to them. Their claims included him asking them to massage his genitals and putting his hand under their underwear to massage their breast while saying that he was helping them with voice training.

“While Lee argues that these are part of training process to experience acting, if the victims didn’t agree to [those actions], then they are obvious cases of assault,” said the court, adding that Lee cannot be found innocent just because the victims put up with the situation. 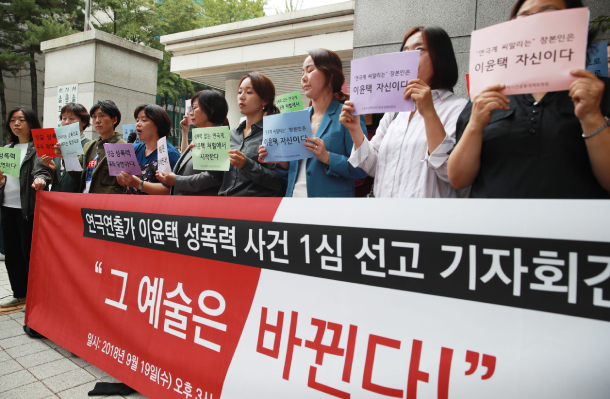 Lawyers and supporters of victims of sexual assaults gather together Wednesday in front of the Seoul Central District Court after Lee was sentenced to prison to share that they will continue to fight for victims. [YONHAP]

Aside from the prison term, Lee is required to take 80 hours of therapy, and is banned from working at organizations that involve interacting with children and teenagers for the next 10 years.

After the sentence was handed out, the group of lawyers and social activists that represented the sexual assault victims held a press conference to say that they will continue to fight with victims out there so that they can have courage to come forward, and make more change in society by asking the court to reconsider the cases that have not resulted in indictment.

“The moment the sentence came out, not only the lawyers, but the victims shed tears as the time we spent together hit us,” said one of the lawyers, Kim Hye-gyeong, about the verdict.

“This sentence is very minimal considering the mental pain the victims have experienced, but I hope this can console them at least a little,”