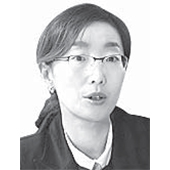 Huh Yoon-kyung
The author is a housing researcher at the Construction & Economy Research Institute.

Korean society is still grappling with the heavily-touted package of real estate measures released a week ago. It’s holding its breath for a follow-up plan on housing supplies. The Moon Jae-in administration has executed 11 real estate measures since it was inaugurated in May 2017. Yet apartment prices in Seoul keep climbing and the gap in asset value has widened at a yawning pace.

The Sept. 13 actions bundled all possible means — higher taxes and tougher loan regulations, and eligibility to new housing openings. But they earned scorn across the board. Homeowners protested about the hike in taxes and those without homes sneer at the measures as a mere paper tiger. The middle class complain about losing any hope of moving into bigger homes. The rich questioned the motive for the package: was it aimed to collect more taxes rather than stabilizing the market? All the conflicts of interests in Korean society across the income, class, generation, and residential divides have surfaced. People fret about the effect on their lives with little care for the policy’s intention of stabilizing the real estate market.

Authorities must look at the housing market from a business perspective instead of as a means of wealth building. From January to August, apartment prices fell 0.1 percent and rent value 2.3 percent due to the softening since May. Licenses for new housing also have lessened. Seoul is the only municipality with price gains of more than 2 percent. Defying the nationwide trend, apartment prices in Seoul jumped 5.6 percent, beyond the average gain of the last two years.

But Seoul does not speak for the broad market. From a nationwide perspective, the housing market is generally stable. Seoul alone is seeing such gains.

On a macroeconomic level, the housing market is a secondary asset market. Apart from real estate, few sets of data on the Korean economy paint a positive picture. The escalated trade war between the United States and China has raised uncertainties on the external front. Domestic conditions only worsen. The job front shows no hope for improvement. Hardship for small merchants and self-employed has been aggravated. Corporate investment has slowed. The economy is expected to perform worse than last year and likely worsen next year. Dark clouds weigh heavy over the Korean economy. In short, Seoul apartment prices have risen not because of improvements in incomes or the economy. The government measures so far only aggravated residential concentration in Seoul. 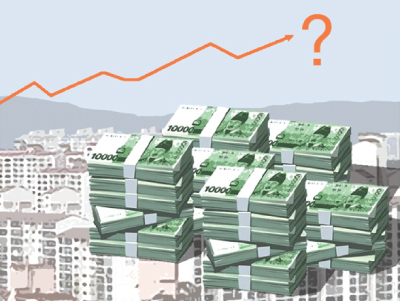 Globally, housing prices in the industrialized economies of the Organization for Economic Cooperation and Development have been on an upward trend since 2012. The Korean market moved in sync with the global movement. But leading indicators from cities have changed direction. The S&P/Case-Shiller New York Home Price Index has been sliding since April despite strengthening in the U.S. economy. According to the Royal Institution of Chartered Surveyors, the housing index in London plunged 23.8 percent in June against the year-ago period. Housing prices in Sydney and Vancouver also have softened. Given the coupling phenomenon since the 2008-2009 financial crisis, Seoul home prices will likely follow the global trend.

A rally in home prices in Seoul cannot keep up against the global softening and sluggish economy. Even without the Sept. 13 measures, the market in Seoul was bound to cool off.

Disgruntlement over real estate measures will likely continue in spite of follow-up supply measures. Because the policy has been drawn up from the context of wealth-building means, demand concentration defying the overall market condition and angst of the middle class cannot be solved. Inflation in asset price cannot be artificially subdued with policies. Prices will come down in due course, and that may not take place in near future.

The liberal government has wasted fundamental and long-term policies to address immediate concerns. To ease housing prices in Seoul, the central government has mobilized all possible policy means of tax, finance, housing and land. It contributed to worsening conflict among classes by drawing a strict dichotomy between real and speculative demand. Housing entirely has been highlighted as the means to build wealth for the rich. The effect will be limited in the short term and can backlash in the long run by raising market volatility. The government must shake out of an outdated mindset that artificial policy measures can bring stability to the real estate market.