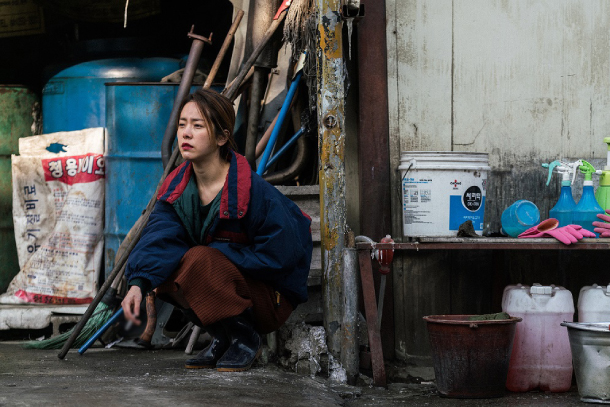 Child abuse is never an easy thing to see on screen. But the uneasy feeling one has while watching a movie usually fails to last long enough to push people to help those suffering from abuse. But the upcoming film, “Miss Baek” hopes to be a wake-up call.

Starring actor Han Ji-min, “Miss Baek” revolves around Sang-ah (Han), a social outcast who was abandoned by her abusive mother in her youth and became a convict after trying to protect herself from the son of a powerful businessman who attempts to rape her. Having gone through these experiences at such a young age makes her defensive, tough and, at times, reckless.

After serving years in prison, she earns money by doing several small jobs, from cleaning cars to massaging women. The only person she interacts with is the detective Jang-sup (Lee Hee-jun), who always has Sang-ah’s back when she is in trouble. But Sang-ah refuses to open up, even to this man who shows her unconditional love.

Things start to change when Sang-ah encounters a young girl named Ji-eun (Kim Si-ah), who is abused by her game-addicted father Il-gon (Baek Soo-jang) and his girlfriend Mi-gyeong (Kwon So-hyun). Seeing herself in the girl, Sang-ah opens up to Ji-eun. She feeds the girl, dresses her up and takes her to fun places like a theme park. Gradually, Sang-ah starts to become protective of the vulnerable girl, to the point that she almost kills Mi-gyeong.

Inspired by actual events, the film, written and directed by Lee Ji-won, was born out of the director’s hope to discover more children suffering from child abuse.

“I didn’t pay attention to the issue of child abuse until I learned that a child in my neighborhood was going through that pain,” said the director at a press event held in central Seoul on Thursday. “I hope this film plays a helpful role in discovering more children who are currently undergoing similar pain somewhere”

In “Miss Baek,” Han plays a character that is a drastic change from what audiences are used to seeing from the actor. But showing these changes was not intentional at all.

“[Sang-ah] is a character that diverges from the kinds of roles I have played in the past, both in terms of appearance and personality,” said Han during the press event. “The reason I decided to appear in this movie was not necessarily because I sought a challenge but because I realized that there could be many [child abuse] cases like Ji-eun’s that go unnoticed or paid little attention to.”

Han added, “There have been several dramas and movies that deal with a similar topic. Only when people are exposed to the issue will society gradually start to change.”

Rated 15 and above, the movie arrives at theaters on Oct. 11.