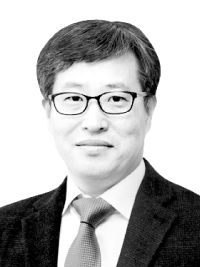 Greenbelts are supposed to be immune to development. But in Seoul’s case, development and greenbelts have often been elided. In the late 1960s, President Park Chung Hee ordered land delineation in Yongdong District (today’s Gangnam District) to raise money from land sales to build expressways and other infrastructure to develop southern Seoul. But few were tempted to invest in masses of fields. So greenbelt zones were established around the capital. When land became scarcer, money began to flow into the Yongdong District (as described in the book “Birth of Metropolis Seoul” by Im Dong-keun).

The protection of greenbelts is a sacred responsibility for environmentalists. Although critical of Park’s extensive dictatorship, liberals acknowledge his establishment of greenbelts as a laudable legacy. Greenbelts, however, are not entirely positive. Even considering the public concept of land ownership, has the country achieved environmental preservation and prevention of reckless urban expansion?

Byeon Yang-kyoon, former top aide to former President Roh Moo-hyun and the architect of the economic policy of President Moon Jae-in, claimed greenbelts contribute little to protecting greenery. During industrialization, farmland and forests outside the greenbelts were wiped out to make way for houses and factories. Outside the greenbelts, reckless development occurred. People living beyond the greenbelts around the capital commuted to Seoul. Roads expanded to cut over or under the greenbelts.

In 2005, the city of Toronto in Canada established the world’s largest greenbelt zone spanning over 7,200 square kilometers (720,000 hectares), 12 times bigger than all of Seoul’s. Since then the urban skyline and landscape changed dramatically. High-rises, which are rare in Canada, went up in the city. Local media reported sky-high prices killed the dream of young people ever owning their own homes.

The housing measures the Seoul government announced to bump up supplies on Sept. 21 propose creating four to five mini suburban towns around Seoul. That project will have to infringe on greenbelts. The liberal party that heavily criticized new town projects of past conservative governments is also out to trample a bit on those treasured greenbelts. Still the move is inevitable in order to increase supplies. But the Seoul government opposes the idea.

The government’s housing policy will come under attack if greenbelts in Gyeonggi are ruined to make room for housing for Seoul residents. Sentiment aside, the effect could be questioned. The idle and unused land the Seoul government offers as an alternative can hardly house large residential complexes. Even with redevelopment projects, homes in inner Seoul have become too expensive for the working class or young people.

The greenbelt zone in Gwacheon, Gyeonggi, is one candidate site for housing construction. [YONHAP]

Greenbelts should be protected, of course. But what has been capped under authoritarian regimes no longer can contain the growing need for residential development. Many of the areas around the greenbelts are messy with restaurants, hothouses, warehouses and small houses. The land categorization drawn up around the capital about a half a century ago when residents in Seoul only numbered five million cannot meet today’s 25 million people living around the capital. Authorities should reexamine the greenbelt areas to be strict on places to preserve and then make more sensible use of the already-damaged areas.

Given the demand and market conditions in Seoul, housing insecurity for the working class and young people will likely become a new normal for the future. Greenbelts are said to be the last resort for the future generation. Society must study whether it is better to make worthwhile use of them. Otherwise greenbelts will ensure real estate prices in Seoul stay sky-high.