JoongAng Ilbo-CSIS Forum to be held on Monday, Oct. 22 at the Westin Chosun Hotel

JoongAng Ilbo-CSIS Forum to be held on Monday, Oct. 22 at the Westin Chosun Hotel

What a difference a year makes. The leaders of North and South Korea held three summits over the past five months, raising the hope of a war-free Korean Peninsula. Just months after threatening each other with nuclear weapons, the leaders of the United States and North Korea had their first summit in June and are preparing for a second.

The JoongAng Ilbo-CSIS Forum 2018, co-organized by the JoongAng Ilbo and the Center for Strategic and International Studies (CSIS), a foreign policy think tank headquartered in Washington, D.C., will discuss ways to realize the dream of a peaceful Korean Peninsula.

This annual forum with the theme of “Striving for Peace” will be held on Monday, Oct. 22 at the Westin Chosun Hotel’s Grand Ballroom in Jung District, central Seoul, from 9:20 a.m. to 5:50 p.m.

Participants will include John Hamre, president and CEO of CSIS; Richard Armitage, former U.S. deputy secretary of state; Mark Lippert, former U.S. ambassador to Korea. In its eighth year, the forum will address the denuclearization of North Korea and economic cooperation with North Korea. 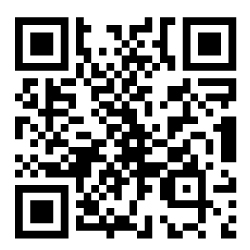 To participate, scan the QR code.