A republic of regulation

A republic of regulation 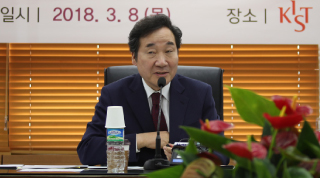 Prime Minister Lee Nak-yeon speaks with panelists in a meeting on deregulation at the Korea Institute of Science and Technology. [YONHAP]

The Galapagos Islands, 1,000 kilometers (621 miles) off the coast of Ecuador in South America, is a real-life natural history museum. Spaniard Tomas de Berlanga discovered the islands after his ship stalled. He found many tortoises living in the islands, and tortoises were referred to as “galapagos” in Spanish.

In 1835, Charles Darwin arrived in Galapagos and discovered the special characteristics of 19 islands. The same species of birds and tortoise in different islands had different beaks or shell shapes. In 1859, Darwin published “On the Origin of Species,” which was used as the basis of natural selection and evolution theories.

In Korea, Galapagos is used as the typical case of extreme regulation. There are many industrial regulations in Korea that prevent business practices that are allowed in other countries. Among the top 100 global start-ups leading the fourth industrial revolution, 57 wouldn’t have been able to start in Korea due to regulations.

Uber and Airbnb, which are widely used services in developed countries, and remote medical services, fintech and the big data industries are notable examples. This is why Korea has been surpassed by China in the era of the fourth industrial revolution.

As a result, Korea’s national competitiveness is rapidly falling, but the regulatory restrictions are growing. The Basic Act on Administrative Regulations and the Act on Financial Innovation Assistance were proposed a while ago, but they haven’t yet made it to the National Assembly.

On Sept. 20, the Regional Special Zone Act, the Industrial Integration Act and the Information and Communication Integration Act were passed in the National Assembly, but the Basic Act on the Development of the Service Industry was not discussed due to opposition from civil groups. The Special Act on Internet Banks barely passed as President Moon Jae-in appealed to the lawmakers, citing the example of the United Kingdom’s Red Flag Act, which hindered the automobile industry in the 19th century.

The Special Act on Venture Business Promotion, which excludes cryptocurrency exchanges from the category of venture businesses, is the pinnacle of Galapagos regulations. The Ministry of SMEs and startups announced that cryptocurrency exchanges would be excluded from venture business categories due to the illegal activities such as excessive speculation, unlawful fundraising, hacking and money laundering.

But in May, the ministry removed 18 business types from the non-venture categories, including public baths, massage parlors and karaoke rooms. Public baths, massage therapy and karaoke are new industries, while cryptocurrency is defined as gambling. The world is going through a blockchain revolution, and cryptocurrency is at the very center of it. Excessive regulation will only make Korea an even more remote Galapagos.