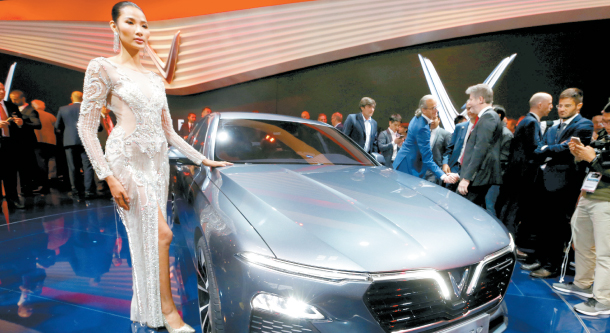 The GAC Motor GS5 on display during the first press day of the Paris Motor Show on Tuesday. [REUTERS]

PARIS - While European giants like BMW and Mercedes got much of the attention at the Paris Motor Show, newcomers also tried to do their best to appeal to global audiences.

China’s GAC Motor made its European debut at this year’s Paris Motor Show, showcasing its all-new GS5 SUV and the rest of their lineup, including the GS4 and GS8. Although it didn’t specify a timeline, GAC Motor said that it will definitely enter the European market in the future.

“We have ambition for the global market, but it takes time,” said Zhang Fen, vice president of the auto brand’s R&D team. “We are trying to show who we are and what we are capable of. We will see the European market feedback and try to reflect that in our future plan.”

GAC Motor is a young auto brand in China developed by GAC Group. It recorded a compound growth rate of 75 percent, according to the company, ranking in seventh place in the Chinese market. It has a global sales and service network in 15 countries, including the Middle East, Southeast Asia and Africa.

Fen said it doesn’t have a specific plan to enter Korea in the near future, but its ambition for the global market will inevitably lead it to compete with Korean brands.

“In the domestic market, we are aiming Korean brands [Hyundai Motor and Kia Motors] as our competitors. They are doing well in China, especially among young consumers,” Fen said.

Another attention-grabbing participant at this year’s Paris Motor Show was Vietnam’s VinFast, a fledgling auto brand launched by VinGroup, the biggest conglomerate in the Southeast Asian country. 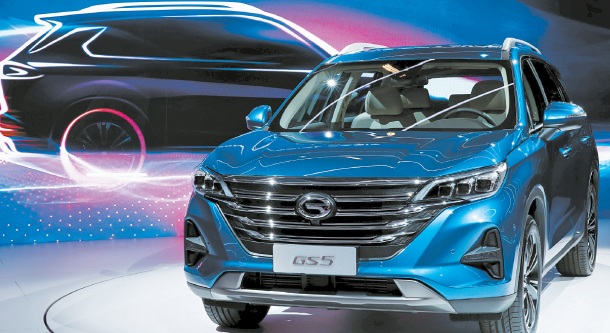 The VinFast Lux A2.0 car from Vietnam on display during the first press day of the Paris Motor Show on Tuesday. [REUTERS]

It was the first time the company participated in a motor show.

VinFast premiered its two models - the Lux A2.0 sedan and Lux SA2.0 SUV - which will go on sale in the third quarter of 2019 in Vietnam, according to Roy Flecknell, vice president of VinFast in charge of planning and program management. The auto company looks forward to expanding globally, but its initial focus will be on the domestic market for the time being.

Once launched, it will go for the “premium” rather than “price competitive” market, according to Flecknell.

The two models are based on BMW platforms used for the previous-generation 5 Series and X5. The designs were put to public vote, and the project was taken by on renowned Italian design house Pininfarina.

In order to overcome its disadvantage as a latecomer to the auto business, VinFast has been opting for global partnerships. VinFast partnered with Korea’s No. 1 battery producer LG Chem recently to source electric batteries for its future eco-friendly models.

It also formed a strategic partnership with General Motors in June, where the American auto giant transferred its Vietnamese operation to VinFast, including its Hanoi plant. VinFast has become the exclusive distributor of Chevrolet cars there.

VinFast is currently building a $1.5 billion plant in Hai Phong in northern Vietnam that will be able to produce 250,000 vehicles a year.