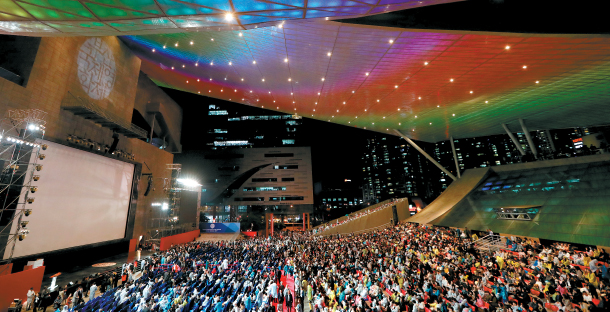 The stars will be shining bright when the Busan International Film Festival (BIFF) kicks off this evening in the southern port city.

Actors Han Ji-min and Kim Nam-gil will host the opening ceremony for the festival which is set to take place in the Haeundae and Nampo-dong areas over the next 10 days. To celebrate Asia’s biggest film event, a slew of popular celebrities, such as actors Kim Hee-ae and Soo-young of K-pop group Girls’ Generation as well as Hyunbin and Jang Dong-gun are scheduled to shine on the festival’s red carpet.

"Beautiful Days,” directed by Yun Jero of the award-winning documentary “Mrs. B. A North Korean Woman,” will officially open the 23rd edition of BIFF. Renowned actor Lee Na-young’s first silver screen role in six years, the movie revolves around a young mother (Lee) who leaves her family and escapes North Korea. The story unfolds as the long-separated son finds his disappointing mother and learns of her past piece by piece.

A total of 324 movies from 79 countries have been invited to be screened. Among them, 115 films will premiere in Korea for the first time.

This year’s event has been highly anticipated by the global film community and audiences alike following the return of BIFF’s popular former executive director Lee Yong-kwan. After Lee was forced to resign from his post in 2016 amid a dispute with the city of Busan for screening the controversial documentary, “The Truth Shall Not Sink With Sewol,” in 2014, the film event faced strong backlash by cineastes. Many directors and actors boycotted BIFF and refused to show up or screen their films. However, Lee has returned this year as chairman of the festival’s board of directors.

A total of 10 movies will be screened in the main competing New Currents section. Some of them are director Park Young-ju’s “Second Life,” about the negative consequences faced by a high school girl craving popularity, filmmaker Suba Sivakumaran’s feature “House of My Fathers,” which explores the power struggles and bigotry that result from war, and director Touraj Aslani’s “Gold Carrier,” revolving around a gold runner who delivers pieces of gold to vendors.

In the World Cinema section are Icelandic director Baldvin Zophoniasson’s “Let Me Fall,” which looks into drug addiction, director Ulrich Kohler’s “In My Room,” an apocalyptic story of a man who suddenly realizes that all the people around him have disappeared, and Oscar-winning director Alfonso Cuaron’s family drama “Roma,” which won the Golden Lion at the Venice Film Festival last month. 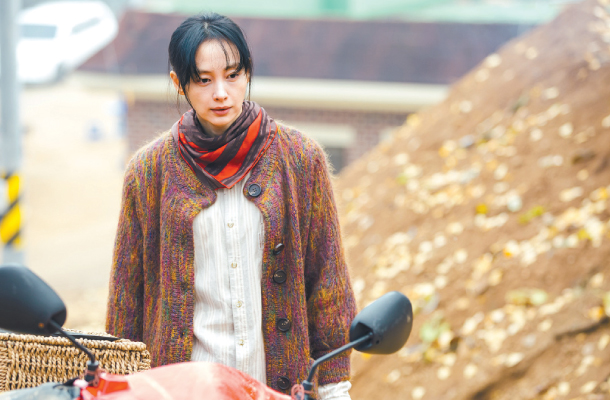 Some of the films introduced in the Flash Forward section include director Marie Monge’s debut feature tale of love and addiction, “Treat Me Like Fire,” and Letizia Lamartire-directed “We’ll be Young And Beautiful,” centering on a once-popular Italian pop singer now reduced to performing in provincial cabaret venues with her guitarist son.

Virtual reality (VR) movies will also be available for audiences to see throughout the festival at the section titled VR Cinema in BIFF. Divided into VR Movie and VR Experience, some of the highly anticipated interactive VR films include “Buddy VR” by director Chae Soo-eung, who also goes by Chuck Chae, and Yoo Tae-kyung’s horror VR experience “Help Me,” in which a woman is haunted by a voice calling out “help me” every night. “Buddy VR,” which tells the story of a lonely mouse named Buddy who lives in a theme park, won Best Virtual Reality Experience at the Venice Film Festival this year.

Attendees interested in hearing from VR industry insiders and discussions about the VR technology will be able to check out the VR conference held at Bexco convention center on Sunday. Panels will include Chae and VFX and VR director Ji Myung-goo.

A slew of foreign guests are also expected to attend and meet local fans during the festival. Some of the recognized filmmakers who will be in attendance are Japanese animation director Mamoru Hosada of “Wolf Children” (2012), who will bring his latest “Mirai” to Busan, and American producer Jason Blum, the founder and CEO of Blumhouse Productions, which is known for horror flicks, like “Get Out” (2017), “Split” (2017) and the Paranormal Activity series. The production house’s “Halloween” will be screened at BIFF this year.

Speaking about his desire to set a new future for the film festival, BIFF Chairman Lee stressed “harmony, normalization and the hope for a new leap” at a press conference held last month.