Semiconductor at a crossroads

Semiconductor at a crossroads 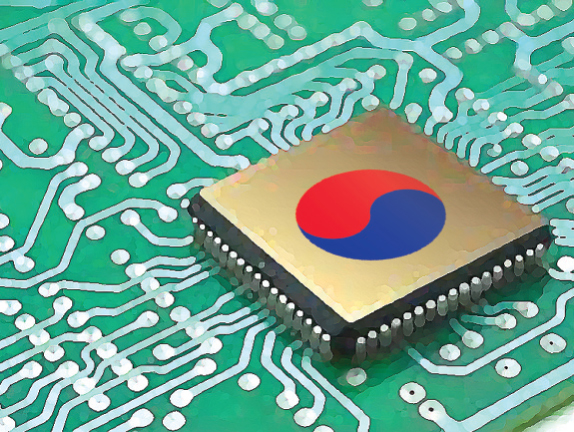 Park Jea-gun
The author is a professor of electronic engineering at Hanyang University.

Meanwhile, Samsung Electronics and SK Hynix argue that memory prices may fall next year but the boom will continue thanks to consistent increased demand for big data and new memory semiconductor for AI. If the 5G communication, which is 10 times faster, becomes commercialized by 2020, memory capacity needs to grow by 100 times. The semiconductor makers hope to see enhancement of smartphone specifications worldwide.

Second, advanced semiconductor R&D talent pool is rapidly decreasing. The R&D project assistant budget of the Ministry of Trade, Industry and Energy was cut to 30 billion won ($26.6 million) in 2017 from 100 billion won in 2009, and recently, nearly no new R&D budget has been allocated. As a result, the number of semiconductor masters and Ph.D. graduates from Seoul National University declined to 30 in 2017 from 100 in 2009.

Korean companies, universities and government need to swiftly resolve unfavorable environments that threaten the future of the semiconductor industry. First of all, Korean semiconductor makers should widen the technology gap with Chinese companies. At present, the technological gap between Korean and Chinese semiconductor technologies is very close — China is only two or three years behind.
Second, smaller Korean semiconductor equipment, material and parts makers need to establish testbed early on with minimum investment on the projects that can secure global competitiveness. Domestic semiconductor companies and related equipment, material and parts makers should participate with full support from the Ministry of Trade, Industry and Energy.

Third, education of a talented workforce in semiconductor R&D should be promoted again. For the rise of semiconductor industry, China is operating R&D training programs at 100 universities to produce 100,000 professionals. But in Korea, educating and training of a related workforce has not been active due to rapid decrease of government budget on semiconductor R&D. It is urgent that budget is allocated for semiconductor technology R&D related to AI, big data, IoT, virtual and augmented reality, self-driving, robot and drones, which are the key businesses in the fourth industrial revolution.

Last, outflow of core semiconductor technology and skilled workers should be prevented. According to the Act on Protection of Industrial Technology, reporting and approval process of key semiconductor technology transfer should be strictly followed to prevent leaks.
When 5G mobile communication begins to be commercialized in 2020, key businesses of the fourth industrial revolution will grow, and semiconductor demands will explosively increase. If Korea removes the elements that threaten Korea’s semiconductor industry, it will be able to secure global competitiveness and lead the Korean economy.