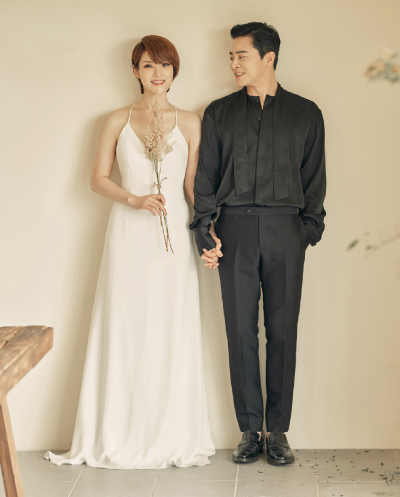 Actor Cho Jung-seok, right, and singer Gummy have finally tied the knot after five years of dating, according to the couple’s agencies on Monday.

According to a press release by Cho’s agency, JS Company, and Gummy’s agency, C-JeS Entertainment, Cho and Gummy recently held a small wedding inviting only their families. “The couple has pledged to always respect and care for each other, and to be by each other’s side. We thank all those who have been cheering for the couple.”

The couple has been dating since 2013, when they first were introduced to each other by a mutual friend. Their mutual interest in music brought them close. The couple’s relationship first became public in 2015, and the wedding was confirmed through their fan clubs last June. The exact wedding date was not announced.

Ever since the couple went public with their relationship, the two have often mentioned each other on TV shows.

In 2016, Gummy made a short appearance on the TV series “I Live Alone” in which she was having a sweet phone call with her boyfriend, Cho.

There have been several breakup rumors last year due to long silences about their relationship. However, the rumors were denied when Gummy appeared on the reality show “Hello Counselor” and announced that the two have been in love for a long time.

Cho also mentioned Gummy during the 2017 MBC Drama Awards, confirming that the two were still dating.

The wedding announcement on Monday came as a surprise. On Sunday, Gummy appeared on the TV show “Hidden Singer 5” and announced that she will “soon be getting married.” Nobody knew at the time that she was, in fact, already married to Cho.