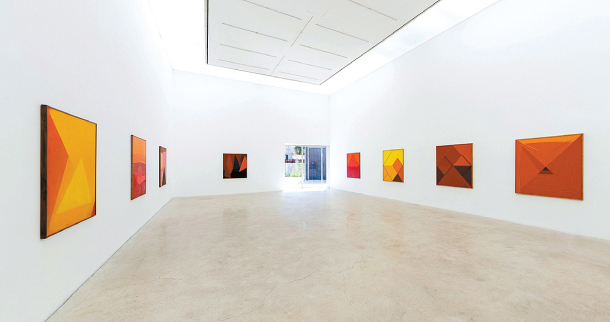 To Sunday : Yoo Youngkuk (1916-2002) is regarded, along with Kim Whanki, as one of the most important pioneers in Korean abstract art. This solo exhibition features 31 pieces of Yoo’s paintings that span his entire oeuvre. The paintings are characterized by rich primary colors bearing light and geometric shapes reminiscent of nature, in particular mountains and the sun rising or sinking beyond the mountains. 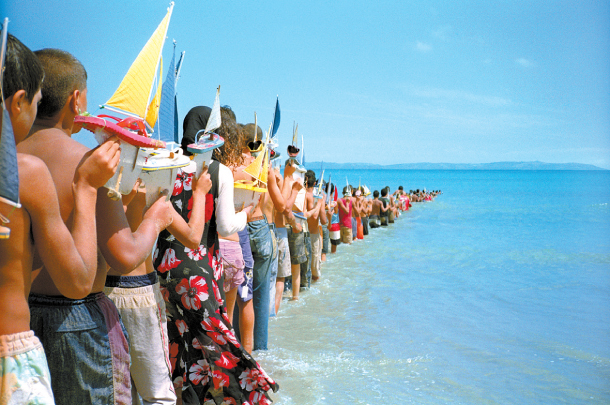 THE LOGBOOK OF GIBRALTAR

To Nov. 4: This is the first solo show of Francis Alys in Korea. The Mexico-based Belgian artist is famous for paintings, performances and videos about sociopolitical issues, in particular, borders and immigrants.

This exhibition features a series of Alys’s recent works including a two-channel video entitled “Don’t Cross the Bridge Before You Get to the River”(2008). The screens show kids from Spain and Morocco start from either side of the coast carrying toy boats made from shoes, attempting to meet at the horizon. The ocean between the two countries, the Strait of Gibraltar, is only 13 kilometers (8 miles) wide but it has been seen as a clear and solid border that separates Europe and Africa from each other in international politics. The performance video is a poetic and symbolic gesture to cross the border.

Alys is also presenting his works at the “Faultlines” exhibition, among the seven shows of the ongoing 2018 Gwangju Biennale. 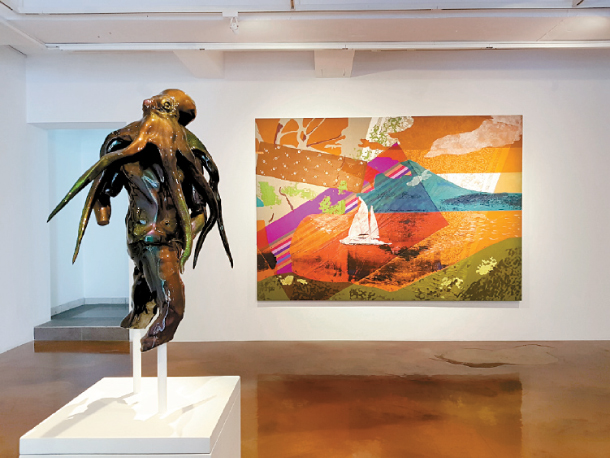 LEVIATHAN: ON SUNSPOTS AND WHALES

To Nov. 4: The solo exhibition of Shezad Dawood features his works in several media - paintings on fabrics, sculptures and video pieces, which are part of the artist’s ambitious “Leviathan” project. The project starts with research on issues involving the oceans such as climate change and migration, in collaborations with experts.

The artist is in the midst of writing a 10-episode novel based on that research, making a film of each episode and creating paintings, sculptures and installations related to them.

The exhibition includes the premiere of the film of the fourth episode of the Leviathan cycle. The exhibits also include a new sculpture inspired by an ancient statue in the Barakat Gallery collection and a new painting inspired by the Korean folktale “Yeono and Seo.”

Dawood is also presenting his works at the “Imagined Nations/Modern Utopia” exhibition, among the seven shows of the ongoing 2018 Gwangju Biennale.

To Nov. 11: Under the theme of “Divided We Stand,” the Busan Biennale looks into the psychology behind continuing conflicts between groups, societies and cultures even after the Cold War, with Paris-based art critic and curator Cristina Ricupero as the artistic director and Berlin-based writer and curator Jorg Heiser as the curator.

Seventy artists will present their works, including Berlin-based Henrike Naumann’s installation works that reflect the reality of Germany, including the phenomenon of the far-right movement gaining strength in formerly socialist East Germany and Singapore-based artist Ming Wong’s sci-fi-inspired media art piece about the Chinese diaspora.