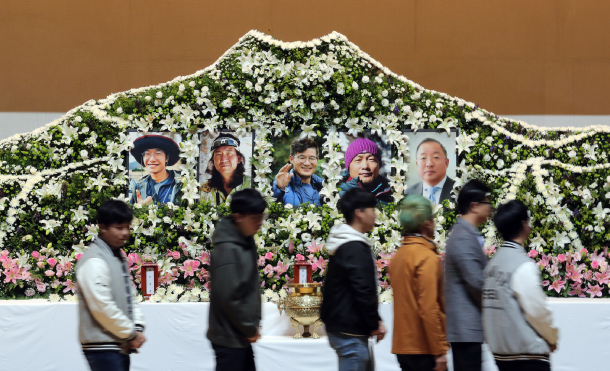 People pay their respects to five Korean hikers who were killed climbing a Himalayan mountain in Nepal Wednesday at a memorial alter at the University of Seoul in Dongdaemun District, central Seoul. Their bodies arrived in Korea by plane earlier that day. The five climbers led by veteran climber Kim Chang-ho and four local guides were found dead Saturday near their base camp on Mt. Gurja in western Nepal. [NEWS1]