The dilemma of humanitarian aid

The dilemma of humanitarian aid 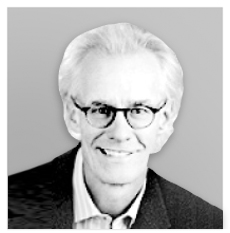 Stephan Haggard
The author is the Krause Distinguished Professor at the Graduate School of Global Policy and Strategy at the University of California in San Diego.

There is growing evidence — still not definitive — that the United States is seeking to limit humanitarian assistance to North Korea. The number of groups involved in these efforts is small, as are the amounts of money and materiel. Yet several NGOs, including religious ones, have seen applications to travel to the country rejected.

Moreover, while there are rules that exempt humanitarian work in the country from sanctions, credible reports suggest that even multilateral aid efforts through the United Nations have faced difficulties because of trade and financial constraints.

These latest developments, if true, raise the deeper moral dilemmas surrounding humanitarian assistance. These dilemmas are particularly acute with respect to authoritarian regimes like North Korea that have long histories of ignoring the human rights and welfare of their citizens.

The first problem to underscore is that there is rarely adequate funding to meet all humanitarian needs. The world is witnessing a plethora of human tragedies at the moment, most notably in the civil wars in Yemen, Syria and South Sudan. Venezuela’s slow-moving collapse threatens a flood of refugees in the Americas that could rival those emanating from Syria. The Rohingya crisis remains a major refugee challenge in Asia. Political crises are only compounded by drought in vulnerable regions like the Horn of Africa. Given limited resources, are some countries more worthy of support than others?
The second problem to note is that humanitarian crises are rarely the result of purely natural causes. To be sure, floods and droughts remain problems, and North Korea has suffered from both in recent years. But if we scratch the surface, it is easy to see that these “natural” causes typically have man-made roots, from civil war to the negligence of tyrannical regimes.

Objections to humanitarian assistance often spring precisely from these dilemmas. Why should we care more about the welfare of North Koreans than the regime does? And if we give aid to a country like North Korea, won’t it simply be siphoned off, or worse still, funneled into the nuclear and missile programs?

These arguments are ultimately misguided. The basic principle of humanitarian assistance is that it should be guided by need, not larger political calculations. Using aid as a source of pressure is particularly objectionable: it makes the most vulnerable pawns on a broader strategic chessboard.

Moreover, we have come a long way toward solving some of the dilemmas associated with aid diversion. At the height of the famine in North Korea, donors had little choice but to dump large amounts of grain into the regime’s Public Distribution System. Those days are gone. Projects in North Korea now deal with persistent health issues such as tuberculosis or longer-run development needs, such as improving the productivity of agriculture or providing alternative energy sources to small communities.

There is a final motive for generosity, and it is admittedly self-interested. Korea and the United States should encourage channels of contact with the North Korean people, channels which go beyond the regime’s efforts to make money off of tourism. North Koreans are not robotic supporters of the regime: they are humans seeking to live their lives under constraints that are not of their own making.

In the to-and-fro of high politics, it is important for our diplomacy to restate the obvious: that we have no ill-will toward ordinary North Korean citizens and indeed wish that their lives could be lived with greater freedom, dignity and material comfort.

What are the practical implications of these considerations? First, if there is humanitarian need in North Korea, we should seek to address it. The most recent UN appeal for the country identifies significant need, including from nutritional shortfalls, and calls for about $110 million of assistance.

To date, only four countries have stepped up to contribute — Switzerland, Sweden, Canada and France.

If the Moon Jae-in administration is looking for a way to connect with North Korea in upcoming talks, it should not only push forward with projects like rail connection. It should also consider — and indeed insist — on some principles with respect to humanitarian assistance. One important channel: to allow South Korean NGOs, including churches, that have an interest in the issue to pursue their efforts.

Second, the United States should acknowledge the value of what NGOs do and support them where possible. The chances that trimming small amounts of humanitarian aid will have strategic effect are close to zero. This “support” is in fact nothing more than allowing NGOs to travel to monitor projects and providing exemptions that allow them to move goods into the country.

An unsung achievement of South Korea’s foreign aid program is that has done a good job of focusing on both countries and populations that are the most needy. Similar leadership is needed now: the costs are limited, and the returns are an improvement in the lives of the most disadvantaged.