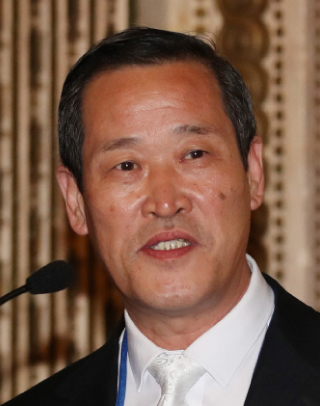 North Korea told the United Nations earlier this month that international sanctions severely restrict the existence and development rights of its people, the Voice of America (VOA) reported Friday.

According to the U.S. broadcaster, North Korean Ambassador to the United Nations Kim Song made the complaint during a meeting of the Second Committee of the UN General Assembly in New York on Oct. 9.

Kim appealed to member nations to help North Korean children and women, in particular, cope with the shortage of basic necessities, saying the transport of humanitarian aid items such as essential drugs and X-ray equipment is prohibited by the UN Security Council sanctions against North Korea.

The political situation on the Korean Peninsula has been changing rapidly, but the economic environment facing North Korea is still at its worst, the ambassador was quoted by the VOA as saying.

Pyongyang’s regime and media, together with China and Russia, have recently stepped up calls for sanctions relief for North Korea.

Meanwhile, Kim In-chol, a secretary at North Korea’s mission to the UN, reportedly called for dismantling the UN Command in Korea as soon as possible, likening it to a “monster,” during a meeting of the UN General Assembly Sixth Committee on Oct. 12. The secretary also complained that the sanctions on North Korea have not been eased or lifted even though the North halted its nuclear and missile tests.

Another secretary from the North Korean mission told the First Committee of the UN General Assembly Tuesday that North Koreans can survive the sanctions even if they last 100 years more, according to the VOA.