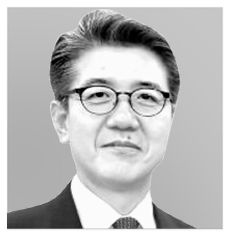 Kim Hong-kyun
The author is a former head of the Office of Korean Peninsula Peace and Security Affairs at the Ministry of Foreign Affairs.

U.S. Secretary of State Mike Pompeo’s fourth visit to Pyongyang and President Donald Trump’s mentioning of a second U.S.-North Korea summit drew public attention to where the summit would be held and whether it would lead to an end-of-war declaration within the year and Kim’s return visit. And yet, questions still remain. Is the denuclearization of North Korea making progress to meet the goal of “final and completely verifiable denuclearization” as the international community tried to achieve through sanctions and pressure in response to North Korea’s nuclear and missile threats last year? How can we achieve the future of the Korean Peninsula without nuclear weapons?

Pompeo’s recent trip has received mixed reviews. While he said that there was substantial progress in implementing the agreements outlined in the June 12 U.S.-North Korea joint statement, some observers suggest that it is not enough to conduct inspections on the Punggyeri nuclear test site, which North Korea exploded and shut down to demonstrate its will toward denuclearization. Another accomplishment could be an agreement to establish a working-level communication channel between Washington and Pyongyang, but despite the offer from the United States, no meeting has been scheduled. These are signs that the negotiations with the North have begun, and yet it will be a long, complicated and exhausting battle.

To attain meaningful denuclearization, I think two measures are required. The first is to include not only the facilities that North Korea reported in the 1994 Geneva Agreement and the September 19, 2005 Joint Declaration — such as a 5-megawatt nuclear reactor, a radiochemical lab, reprocessing facilities and a nuclear fuel rod factory — but also the two nuclear waste storage facilities, uranium enrichment facilities and light water reactors currently under construction which were not included before. If North Korea wants to restrict the list to already identified facilities, its sincerity will be seriously doubted. 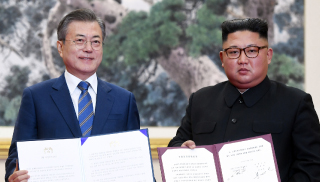 Also, North Korea should provide a report on its all nuclear activities in the above-mentioned facilities and allow inspection by outside experts to verify them. Pyongyang must also allow external experts to bring in equipment to make necessary measurements and collect samples to verify the reported activities.

It would not be an easy decision for Pyongyang. At the six-party talks in 2007, when verification was first discussed, North Korea opposed inspection that included sample collection, saying that it would only accommodate inspectors’ “visits” to the facilities. If North Korea maintains that stance and abandons its nuclear program on its own without any verification, the international community would lose the chance to comprehensively verify North Korea’s nuclear activity forever.

To go through the long and challenging negotiations with North Korea, there are certain things that Seoul and Washington should keep in mind. The first is not to lose sight of the goal of final and completely verified denuclearization. The shutdown of the Yongbyon nuclear facility is not the end of denuclearization. It will only be achieved when all nuclear matters, weapons, facilities and programs are dismantled. The denuclearization roadmap must contain the three pivotal elements: reporting, verification and a timeline. A roadmap without a timeline would effectively recognize North Korea as a nuclear state, which means giving up on North Korea’s denuclearization.

Second, solid cooperation between South Korea and the United States is essential. While certain differences are inevitable between the allies, frequent differences could develop into a major difference in direction and could endanger the alliance itself. Seoul and Washington must maintain the principles that inter-Korean relations should keep up with the progress and speed of the denuclearization and that sanctions will be maintained until progress in denuclearization is made.

Third, deterrence and defense against North Korea must remain in tact even during the talks and negotiations. As there is no security in relying solely on North Korea’s good will, joint defense and South Korea’s own defense capabilities should be maintained for a worst case scenario. I hope that South Korean and U.S. military authorities do not weaken their joint defense capabilities and sole defense capacities by postponing their joint drills to help build trust between Seoul and Pyongyang.

Compared to last year, the possibility of resolving the nuclear issue through talks and negotiation has clearly increased. Perhaps, it may be the last chance to resolve the problem with diplomatic efforts. But if you think the nuclear issue should be solved by North Korea and the United States and that South Korea can play mediator, resolution will be hard to achieve. South Korea must consider itself as a party directly involved in the process and do its best to address the issue.