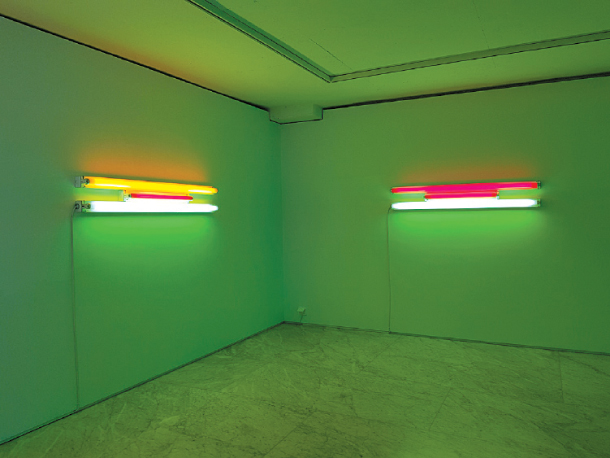 To Oct. 31: The solo exhibition of American minimalist artist Dan Flavin (1933-96) features about 20 pieces of his installations, which are relatively small-sized among his works. Most of Flavin’s works from 1963 are made with commercially available fluorescent tubes in various colors, including yellow, green, pink and blue.

The works on view range from Flavin’s early fluorescent lights to his latest works from the 1990s, which were produced shortly before his death.

To Nov. 15: Brazilian pop artist Romero Britto’s colorful works have been widely loved in Korea, even by pop stars like Big Bang’s G-Dragon. In this exhibition, his fans can see his works from when he first began his artistic career as well as new works that have not been displayed anywhere else in the world.

“Salvador Dali” and “Friendship Bear” are some of the newest works by the love-spreading artist, who believes that it’s “a universal language that speaks through my art.”

Some 120 pieces of work are on display including paintings, sculptures and two multi-media works sitting at the beginning and end of the exhibition. 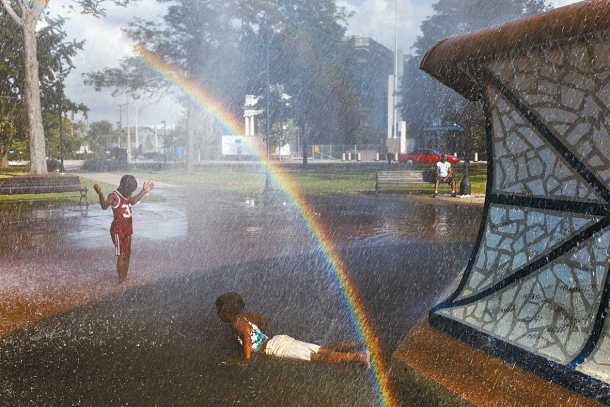 To Nov. 25: “Weather” is a multi-media exhibition featuring works that have been influenced by the different weather conditions at different places we see in our everyday lives, from a sunny day at the beach to a snowy landscape somewhere up north.

Colorful photographs await visitors, with special installations in between the sections to reenact nature’s wonders within the museum walls: the staircase decorated with fluffy cotton clouds, a hallway of mist that allows visitors to feel as if they’re walking through fog and a dark walkway with the sounds of rain tapping gently at the window.

Nov. 30: Jang Seung-eop (1843-1897) was one of the greatest painters of the Joseon Dynasty, believed to have pioneered the contemporary painting genre in Korea. Despite having no proper art education, his natural gift for creating a sensual aesthetic on the canvas allowed him to remembered today as a master and revolutionary painter. Kansong Art and Culture Foundation’s latest exhibition at the Dongdaemun Design Plaza allows visitors to really get to know the painter through many of his original works. 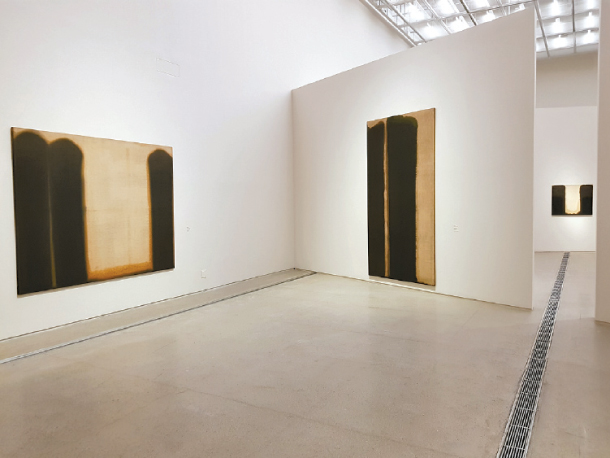 To Dec. 16: The retrospective of Yun Hyong-keun (1928-2007) features his famous paintings hovering between Western abstract painting and East Asian ink calligraphy. In addition, there are also his paintings, drawings and materials that reveal little-known aspects of the well-known painter who belonged to the 1970s and ‘80s movement of dansaekhwa, or Korean monochrome paintings.

The exhibition includes a reproduction of Yun’s actual atelier, which include works by his teacher and his father-in-law, Kim Whanki(1913-1974), and by American minimalist Donald Judd. Yun and Judd respected and bought each other’s works, the museum said.