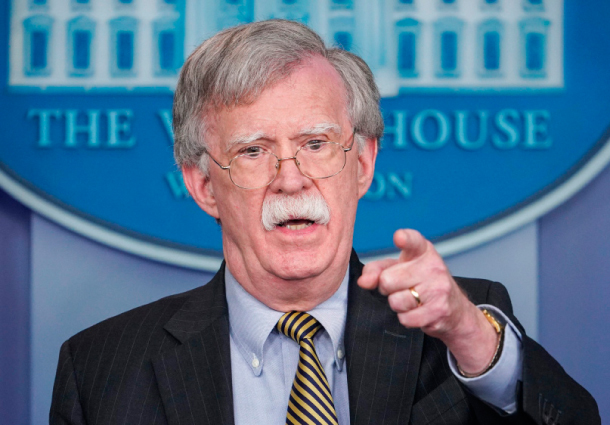 It was the first on-the-record public comment about a possible date for the second Kim-Trump summit from a White House official.

Praising Trump for having “taken the unprecedented step of meeting with Kim Jong-un,” the hawkish adviser noted his boss was looking “forward to seeing him again, probably after the first of the year,” in an interview with Echo of Moscow.

Bolton’s remark is in line with reports last week that a senior U.S. administration official told a group of reporters on the condition of anonymity the second North-U.S. summit would take place next year.

Trump said earlier this month that his next meeting with the North Korean leader would take place after the Nov. 6 midterm elections.

The North was said to have been calling for a second Kim-Trump summit before the elections on Nov. 6 because if Republicans lose a lot of seats in Congress the Trump administration may be forced to take a harder stance on the North.

But now such a meeting this year has become unlikely.

Asked if Trump and his aides ever discussed the notion of launching a nuclear strike on the North when the U.S. and North appeared to have been heading toward military conflict, the former U.S. ambassador to United Nations said “absolutely not.

“That has never been discussed to my knowledge,” Bolton continued, emphasizing Trump’s determination to “pursue direct negotiations” with Kim.

“He’s going to do everything he can to get North Korea to comply with the commitment that Kim Jong-un made in Singapore to completely denuclearize North Korea,” Bolton stressed.

While Bolton denied having considered a nuclear strike on the North, “Fear: Trump in the White House” authored by Pulitzer-winning American journalist Bob Woodward shed light on how close the Korean Peninsula came to war last year.

Others like H.R. McMaster, Bolton’s predecessor, were said to have argued internally in the White House that, if Trump was going to attack, it was better to do it early before the North improved its missiles and nuclear weapons.