Learning to live with dementia

Learning to live with dementia

KIM NAM-JOONG
The author is an editorial writer at the JoongAng Ilbo. 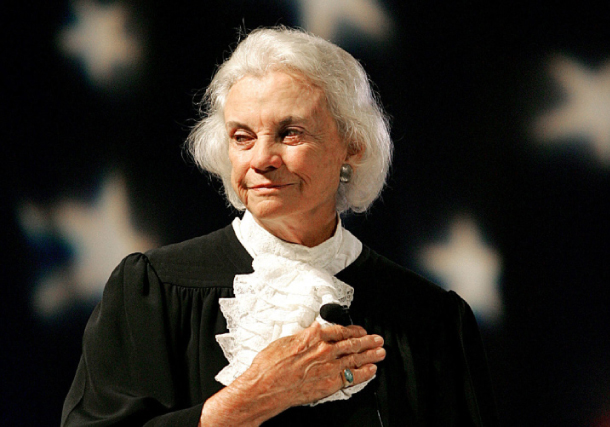 Sandra Day O’Connor, 88, is the first woman to have served on the Supreme Court of the United States. She was the judge who broke the glass ceiling and was called the “Queen of the Center” for her moderate conservative stance. She is also a famous Alzheimer’s advocate.

She gave hope to many people as she cared for her husband suffering from Alzheimer’s disease while advocating for prevention and support for patients’ families. Recently, she announced that she was diagnosed with the early stages of Alzheimer’s-like dementia. Messages of grief and support have poured in for her.

The story of Sandra Day O’Connor and her husband was a dramatic romance. In 2006, she left the Supreme Court to spend time with him.
The following year, she had to watch her husband go into an assisted living facility, not recognizing her and eventually falling in love with another patient. She calmly accepted that her husband was happy and visited the facility to spend time with him. Her sad, yet noble love moved American society.

A family of a patient I met while covering Alzheimer’s disease had a similar story. Providing care for the patient is hard and sad, but it is based on love of the family. A 79-year-old named Ms. Moon has been taking care of a bedpan for her husband for five years. Her daughter wanted to take him to a facility, but she insisted that she would care for him. She constantly talks to her husband.

“It sometimes feels that he understands but pretends he doesn’t. I feel sorry. I want to be nice to him until the last day. His smiles make up for all the hard work.”

Just like O’Connor, they all advocate for Alzheimer’s prevention and how to deal with patients. They think that no one can understand a dementia patient without dealing with them, and they want to lessen the suffering that goes along with having a loved one with dementia.

Sandra Day O’Connor openly announced her condition in a statement. “While the final chapter of my life with dementia may be trying, nothing has diminished my gratitude and deep appreciation for the countless blessings of my life.”

Currently, there are 700,000 dementia patients in Korea, and the number is likely to grow to one million in six years. Dementia is an unwelcome guest, but we may need to treat it like a friend we cannot avoid. Dementia is no longer an illness for the elderly but an ailment for the whole nation. And unchanging fact is that the best medicine for dementia is love for the family.