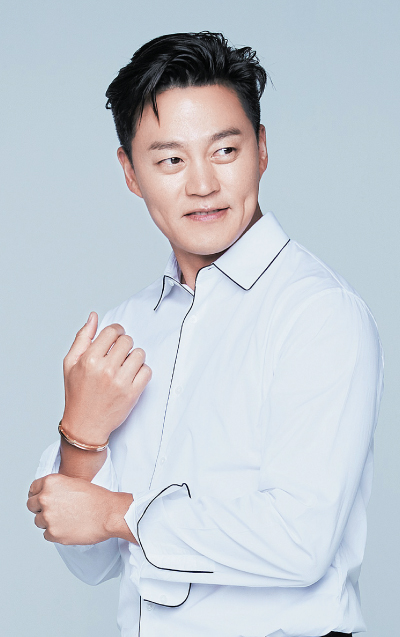 Actor Lee Seo-jin is not a big fan of romance movies. Instead, he prefers genre films like action or thriller features. At his age, the 47-year-old believes he is too old to play a romantic heartthrob.

Despite his preference, however, Lee finds himself playing a crafty womanizer in the upcoming comedy drama “Intimate Strangers”

“To be honest, I abhor romance,” Lee said during an interview held in central Seoul last week. “I don’t think I’m at the age to star in romance [films or dramas]. Since I’m not an affectionate person, I’m not a fan of romance.”

Scheduled to arrive in theaters on Wednesday, the upcoming movie is a remake of the 2016 Italian flick, “Perfect Strangers.” The movie begins when a group of childhood friends gather at the fancy home of plastic surgeon Seok-ho (Cho Jin-woong), and his psychologist wife Ye-jin (Kim Ji-soo).

Once Seok-ho’s friends and their spouses gather at a large table to enjoy dinner, Ye-jin brings up the idea of playing a game. The rule is to reveal every text, phone call and social media notification that pops up on their smartphones throughout their dinner.

She invites them all to join in on loudly reading out text messages and putting their calls on speakerphone for everyone to hear. 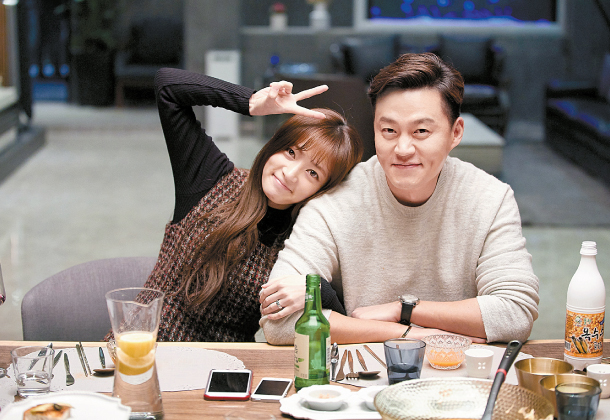 Though a bit reluctant, everyone’s desire to not be suspected of having any secrets, especially from their spouses, eventually leads them all to participate.

In the movie, Lee plays Jun-mo, an ambitious yet incompetent businessman. He is married to an affectionate veterinarian (Song Ha-yoon) who is much younger than him, but chronically cheats on her.

“I don’t feel reluctant to play [immoral] characters, but I had never received an offer to play one. I didn’t necessarily want to play a moral character.” Lee added, “The kind of roles I have played in the past was quite limited. I don’t think I had many chances [to show something new]. My intention was not to show a change [through ‘Intimate Strangers’]. I’m willing to take on any role as long as it’s interesting.”

Playing a womanizer was not an easy job for Lee. In fact, it seemed just as tough as working on hard-core action scenes.

“Acting out scenes [where I have to show] physical affection is just like doing action scenes. That’s how tough that is. Considering camera angles - instead of focusing on the emotions - makes showing physical affection very challenging,” Lee said with a laugh.

When asked about the age difference with his co-star Song, 31, Lee said, “When acting with U-ie [in ‘Marriage Contract’ in 2016], I was also criticized [for the same reason]. But once it was done, I received positive reviews.”

When Lee first received the script, he was not aware of the fact that his character will be a complete womanizer.

“Upon having the first meeting with the director, I did not have time to read the script because director Lee Jae-kyu and I were so busy talking about things unrelated [to the movie],” said Lee with a laugh. “Only after returning home and reading the script had I realized what I was about to play.”

Lee added, “I had not played a lawyer, doctor or a husband with a family, so it did not feel right to take on those roles. I thought I would feel the most comfortable playing [my character]. I also liked the fact there wasn’t any scene that’s too serious.”

Lee is an experienced actor who has starred in a number of popular TV series like the 2004 MBC drama “Phoenix” and the 2006 SBS drama “Lovers.”

To younger audiences, however, Lee is more familiar as an entertainer, having starred in producer Na Young-seok’s hit reality shows like “Grandpas Over Flowers,” “Youn’s Kitchen” and “Three Meals a Day.”

“When I first started working with producer Na Young-seok in on the travel show [‘Grandpas Over Flowers’], I couldn’t tell whether it is actually a show or whether I was actually traveling. Since the schedule was very tight, I couldn’t even afford to think about [the fact that I was shooting a TV show]. After seeing the first episode, and seeing how Na edited, I started to feel comfortable working with the producer. I feel like it’s closer to a documentary than an entertainment program,” Lee added.

“It’s true that I became a more well-known figure by appearing on entertainment programs. Older people started liking me a lot. I think it was a good choice because I was able to build up a positive image.”