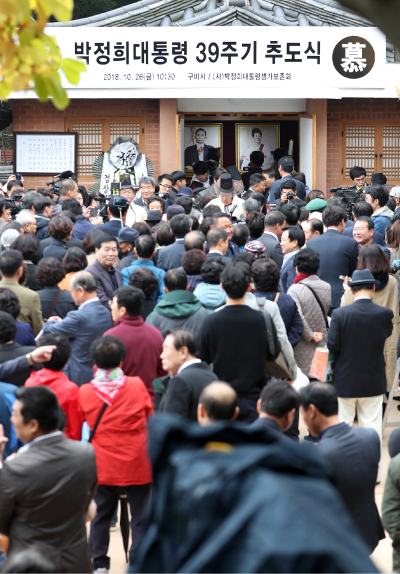 ­Guests gather at a memorial ceremony for former President Park Chung Hee at his birthplace in Gumi, North Gyeongsang, on Thursday. Park, a controversial strongman who led Korea through its rapid industrialization in the 60s and 70s, was assassinated by his intelligence chief 39 years ago Thursday. This was the first observance of the former president’s memorial ceremony not overseen by the mayor of Gumi - a post now occupied by a politician from the liberal-leaning Democratic Party. Park’s legacy is revered by the country’s conservatives, but many liberals remain critical of his authoritarian rule. [YONAHP]