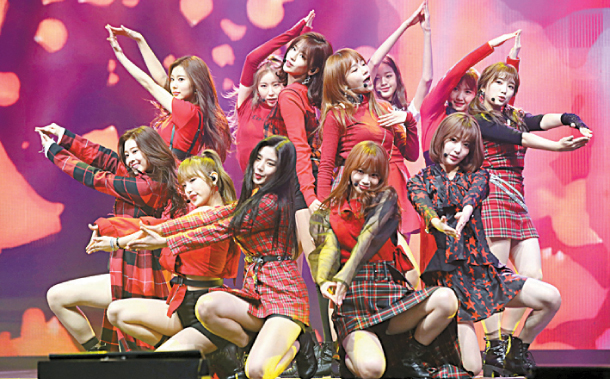 A petition on the Blue House website is calling for an end to girl group IZ*ONE’s appearances on national broadcasting channels, including KBS.

Following the broadcast, a commenter wrote on the show’s official website that some of the Japanese members of group, including Miyawaki Sakura and Yabuki Nako, are originally from AKB48, a Japanese girl group that allegedly supports right-wing Japanese politics.

Others followed suit by registering a petition through the Blue House’s petition board on Sunday. The petition read, “KBS is a public television channel that receives license fees from the public. Please ban the group from appearing in public channels, including KBS, MBC and EBS.”

As of Monday, more than 13,000 people have signed the petition.

IZ*ONE fans are also uploading petitions that support the group’s appearance on the music show.