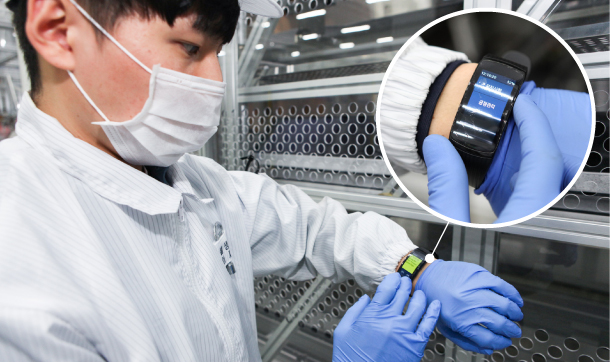 JINCHEON COUNTY, North Chungcheong - Hanwha Group has been striving to make the solar business its future growth engine since it first entered the industry in 2010, and that hard work is starting to pay off.

Hanwha Q Cells, the group’s solar cell producer, is now one of the largest manufacturers in the industry, but competition is getting much tougher. Even some of the more established companies in Europe and the United States are struggling due to fast-growing Chinese manufacturers, according to Hanwha. As a result, the United States imposed tariffs on solar cell and module imports earlier this year. 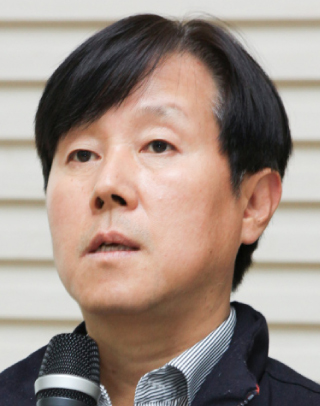 In a bid to tackle fierce competition and fortify its leadership, the group invested in making its new solar cell plant smarter using wearable gadgets, big data and robots.

The Jincheon 2 plant, which started mass production of solar cells and modules in January, is an addition to the original complex built in 2016. With the first and second plant combined, the Jincheon facility is the largest single solar cell production site in the world, according to Hanwha, with 3.7 gigawatt production capacity.

When the Korea JoongAng Daily visited the solar cell production line on the third and fourth floor of the newly-built plant on Tuesday, some workers were moving busily from machine to machine wearing what looked like a smart watch.

“It looks like a smart watch because we took the hardware from electronics companies like Samsung,” a spokesperson from Hanwha said. “But we applied our own software so that workers receive alarms when there are problems with the machines.”

According to the solar cell maker, the watch does not provide a detailed cause or explanation of the problems, but it makes workers respond immediately to issues by alarming them with notices categorized into four stages - S, A, B and C - depending on the severity and complexity of the problem.

The system means that just 40 workers are required to manage 220 machines lined-up horizontally in five production lines in the 330-meter-long (1082 feet) solar cell production room, according to Hanwha.

Another unusual scene inside the plant was a huge stack of 200 solar cells moving around over workers’ heads.

“We call it a cassette,” said Yang Byung-ki, a manager of cell production at Hanwha Q Cells Korea, the company in charge of cell production in Korea. “This automated overhead logistics system delivers solar cells quickly and safely to the next destination.”

The automated delivery system moves cells through the 10 stages of production. 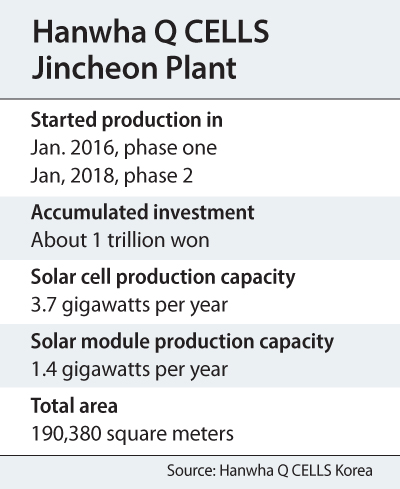 To make sure the cells aren’t delivered to the wrong destination, each cell is printed with a unique barcode, dubbed Tra.Q, during the first stage. This system enables plant workers to track the movement of every solar cell they produce, even after they have been sold.

“Based on the big data collected through these cells, we find out what caused the problems with a specific cell,” Yang added. “This technology is something only Hanwha’s solar cell plants have, though such a method could be quite common in semiconductor plants.”

According to Ryu Seong-joo, head of the Jincheon plant, the digitalization of the factory made it possible to produce 3.7 gigawatt cells per year at half the workforce needed for the production of 2.5 gigawatt cells in Hanwha’s cell production plant in China.

There are other measures Hanwha is taking to bolster its competitiveness in the solar business.

The group announced last month it will merge its solar affiliates to simplify the governance structure and bolster business efficiency.

On whether the two companies are likely to merge, Yoon Joo, head of global sales planning at Hanwha Q Cells, said, “Hanwha is reviewing diverse options to increase synergies in solar affiliates within the group, but nothing has been fixed regarding the two companies.”