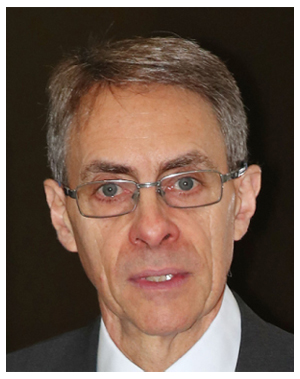 North Korean officials rape and harass women in the country with almost total impunity, according to a report released by Human Rights Watch on Thursday.

Human Rights Watch Executive Director Kenneth Roth introduced the harrowing 86-page report, titled “You Cry at Night but Don’t Know Why,” at a press conference in central Seoul on Thursday.

The report details systemic sexual abuse committed against women in North Korea based on interviews with over 50 women who have fled the totalitarian regime. Much of the violence is done at the hands of officials, ranging from security officers to local party members, most of whom are never punished for their actions.

“North Korean women should not have to risk being raped by government officials or workers when they leave their homes to earn money to feed their families,” Roth said at the conference. “Kim Jong-un and his government should acknowledge the problem and take urgent steps to protect women and ensure justice for survivors of sexual violence.”

Women perform key roles in North Korea’s developing economy. They often work as traders in the local market thanks to the relative freedom of movement they have compared to men. Married women are not obliged to attend a government-established workplace and many act as the primary breadwinners for their families.

But the markets where they peddle their wares are often the sites of undue harassment and abuse by officials, who demand bribes that can often include sexual abuse or even rape, according to the report. Unwanted physical contact is commonplace, and North Korean women often share information about such abuse to protect each other.

Women in state custody fare far worse. The report alleged that guards or officers pick certain women to whom they demand sex, money or other favors. Refusal to comply can result in beatings, forced labor or longer detention.

These crimes are rarely prosecuted or punished, despite clear regulations in the country’s criminal code on rape, trafficking and having sex with women in subordinate positions.

One of the biggest reasons for such impunity, the report suggested, was due to a fundamental lack of understanding of the seriousness of such crimes by the women themselves as well as their fears of repercussion.

“What is most shocking is that these women have come to accept this as a part of life,” Roth told the Korea JoongAng Daily on Thursday. “Most of them do not think of it as rape.”

According to the report, the only cases that result in severe injuries or death make it to the police, who interviewees said were rarely trustworthy. The government also provides little in the way of social services to victims. Stigma also follows those who seek help. North Korea maintains that it has a strong human rights record and regards criticism from abroad as an attempt to undermine its system. Yet the official statistics that Pyongyang submits to the UN reveal that sexual crimes are only lightly prosecuted.