A president fixated on the past

A president fixated on the past 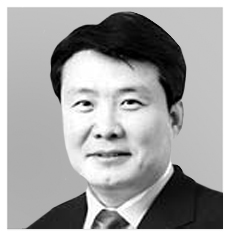 After a report that no diplomat applied for a secretary-level post in the Korean Embassy in Japan, I made an inquiry to the Foreign Ministry and felt awkward when I received their answer. The ministry said other embassies that used to be known as a elite postings, like the mission in Tokyo, were on the decline.

The Permanent Delegation to the OECD in Paris and the Korean Embassy in China had no applicants, the ministry said. I guess it is nicer to live an elegant and graceful life as a diplomat in a scenic country in Europe or South America.

Concerns linger about this unprecedented situation, because it has reasonable grounds. The diplomats reportedly made safer choices because they did not want to be labeled a “past evil” when an administration is changed after working hard to resolve thorny diplomatic issues.

An ambassador from the previous administration was dismissed from his post over the military cost-sharing negotiations with the United States. Some diplomats were recalled for having been involved in the comfort women deal with Japan. After a recent vice minister-level reshuffle, a handful of senior diplomats with experience dealing with the North Korean nuclear crisis and U.S. affairs all stepped down.
Public servants from other ministries who were linked to the state-penned history textbook scandal and the government-led campaign to manipulate internet comments from the previous administration were either investigated or arrested. Their scheduled study abroad programs were all canceled. Some elite public servants are being treated as traitors just because they were successful during the previous administration.

President Moon Jae-in is criticizing his ministers and senior aides more and more. At a senior secretariat meeting of the Blue House, Moon stressed that the most basic thing for a civil servant is competence. Just a year ago, he said public servants should have conviction. 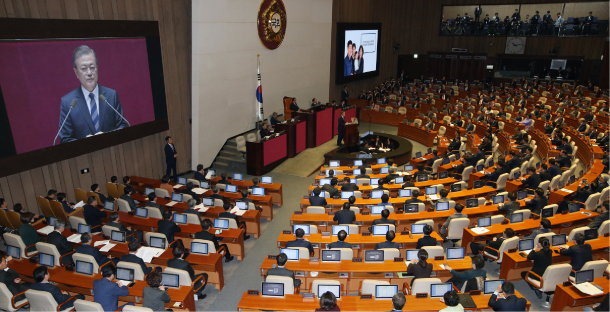 President Moon Jae-in makes a speech at the National Assembly on the government’s budget for 2019. [NEWS1]

I guess the president is extremely frustrated that public servants are not working enthusiastically. I sympathize with him. But I am not sure if they would start working hard just because the president yelled at them. They probably have no motivation, as they are being treated as subjects to be removed.

Of course, civil servants’ self-protectionism is not a new problem. But it was hard to imagine such a problem when the president’s approval rating was high in the early stage of the administration. Bars in Sejong are crammed with public servants promising one another that they will stay low-profile, rather than becoming someone like Byeon Yang-ho. Byeon is a former senior official of the Finance Ministry who was held accountable for approving the 2003 controversial sale of Korea Exchange Bank to Lone Star Funds, although he was eventually cleared of the charge that the bank was sold at a giveaway price.

During his recent meeting with French President Emmanuel Macron, Moon said, “We share many similar things, so we are like twins. We were elected to the posts around the same time in similar situations and our values are also similar.” It’s true that they were elected at nearly the same time. Both won overwhelming victories based on the people’s earnest hopes for a new type of politics. They both promote a government that creates jobs for the people. But only after one year, French public servants became alert and efficient, just like their Korean counterparts in the past. Korean public servants, however, turned into the laidback French public servants of the past. Jobs in France increased rapidly, while our job market froze.

Although his approval rating was falling, Macron fought against the self-protectionist culture of the public servants, who were making safe choices. He created a way to dismiss incompetent or lazy civil servants in order to stimulate competition in the government. At the same time, the Moon administration put all its effort into purging elite public servants of the previous conservative administrations. As the government is quarreling with neighboring superpowers, diplomats are trying to avoid those areas. Many people said the situation reminds them of the liberal Roh Moo-hyun administration. But at that time, Korea-U.S. relations were strengthened thanks to the administration’s decision to send troops to Iraq and the signing of a free trade agreement.

Actually, the Moon administration is similar to the Kim Young-sam administration, which initiated a massive investigation of government officials and lawmakers whenever the president’s popularity dropped. Kim pumped up his rating by resorting to a populist approach, as seen in his famous remarks “I will teach Japan a lesson” when diplomatic disputes occurred. He applied such an approach to the economy.

Moon is once again turning to his signature campaign of rooting out “past evils.” I guess it is good to have consistency. But I don’t see what the outcome will be. Is this really what he wants after all this fuss?