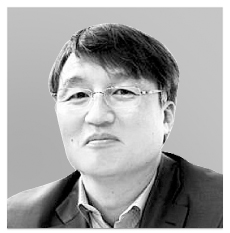 Lee Sang-ho
The author is the CEO of Very Good Tour Ltd.

Entertainment is fun yet meaningless, while work is meaningful but not fun. Traveling is both fun and meaningful, which is why one should make travel plans right now. That’s what I tell people to encourage them to make time to go on a trip.

Traveling is one of the most rewarding experiences for humans. Stepping into an unfamiliar world and feeling exhilaration from the deviation from everyday life can bring inexplicable happiness. Good food, rest and exotic settings can add to the pleasure of a trip.
It could be natural that many people make frequent trips, as each season can be different. The number of travelers is growing every year. In theory, the industry should be flourishing.

But the local travel industry is in a bad state. Top Travel, one of the first discount ticketing agencies, in service more than 30 years, filed for bankruptcy early in October. Many smaller travel agencies have gone under. Agencies doing business for both inbound and outbound travel are struggling. Chinese tourists, who stayed away from Korea last year under the Beijing-led boycott over Seoul’s decision to install a U.S. antimissile system, have only started to return to Korea in small groups.

The middle-aged women from Japan who used to roam around shopping districts in Myeong-dong in downtown Seoul and Cheongdam in the posh neighborhoods of southern Seoul have become rare. Duty-free stores, newly built boutiques and business hotels, and large restaurants are losing money because they have overestimated tourist demand. Regardless of the government campaign to create jobs, the hospitality industry is shedding them and streamlining through early retirements and layoffs. Listed tourism companies have seen their share prices halved. So why is the industry suffering while traveler numbers are increasing?

The industry has been reflecting on the apparent contradiction. Some blame a lack of insight and appeal, while others blame intrusion by multinational and large corporate names. There can be many factors, but the biggest reason would be deficiency in imagination.
Go to any festival in Korea. They sell the same snacks and food, the same barbecue and fried chicken you can find at food trucks around the corner.

Has any of local governments thought of closing down an entire resort areas for a complete makeover, as was done at Boracay in the Philippines or at Phi Phi Island in Thailand? Why is a Korean travel agency still selling the same Pattaya package tour it sold for 390,000 won ($346) per person in the 1990s? Has the industry explored opportunities beyond selling cheap travel packages on TV home shopping channels? Why does it still assume that Korean consumers want to go to as many locations as possible when they travel abroad — and prefer cheap packages with tight schedules and little free time?

Imagination comes from a free mind. Koreans like to rush. A travel agency also fears it could go broke if it does not make money soon. It overcharges as if summer is the only season it can do business. It raises the price for any location that draws people without upgrading services. It does business as if it is selling its last travel package — instead of trying to encourage customers to return to its website or its service.

In every major holiday season, news media report on the record number of outbound travelers at Incheon International Airport. The balance has been in deficit for decades. Many Koreans say they would rather go to Southeast Asia than to Jeju Island. The trips cost about the same.

A few years back, I traveled to Kyushu in Japan. When I stopped at a temple, there was green tea ready to serve. I took a sip as I was thirsty. I asked a monk how much it cost. He smiled and said it was free as a token for coming this far and stopping by.

Small gestures can warm the hearts of visitors. If communities and travel agencies do not come up with creative ways to show how much they appreciate visits by outsiders, few will want to visit their areas. To draw repeat visitors and build tourism, the country and industry must first build imagination.