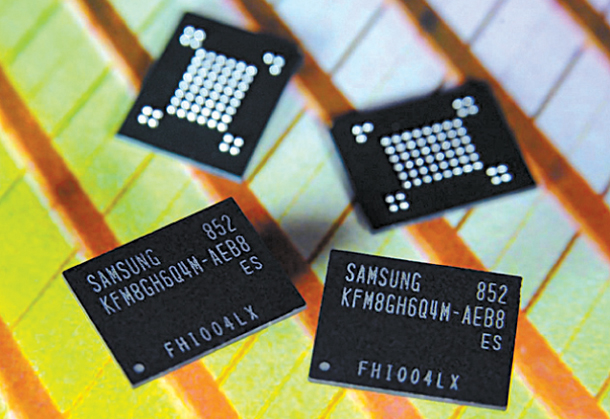 One hundred and seven engineers walked 64 kilometers (40 miles) for two days without sleeping. They were members of the 64K D-RAM technology development team of Samsung Semiconductor and Communication. They were marching to strengthen the will to develop indigenous memory technology. This was in 1983, when Korea dreamt of having independent semiconductor technology. When they announced a plan to develop memory chips, company insiders said it would be better to ask an iron foundry to make a supersonic aircraft. Management thought it was necessary to renew the atmosphere. Thanks to the military culture across the society at the time, it was not uncommon to organize a march at a private company. Later, people joked that if they had started late and began with 256K D-RAM, they might have had to walk 256 kilometers.

When they visited Micron in the United States, they were suspected of technology theft and kicked out as they stared at the factory computer screens. In November 1983, Samsung produced 64K D-RAM with its own technology. After Samsung Electronics acquired Samsung Semiconductor Communication, the company thrived. Its home appliance division, which produced the 40-inch LCD-TV, and its mobile division, which produced popular AnyCall models, did well. But Samsung’s growth owes a lot to semiconductors. After Samsung Electronics made 10 trillion won ($8.9 billion) in net profit in 2004, Japan’s Yomiuri Shimbun reported that Samsung’s profit was more than twice the sum of top 10 Japanese electronics companies, including Sony and Toshiba. Last year, Samsung Electronics became the biggest semiconductor company in the world, ahead of Intel. In the third quarter of this year, it had an operation profit of 17.57 trillion won ($15.7 billion). Foreign agencies often rank it on lists of “respected companies” and “companies to work for.”

So why don’t we have a second, or even third Samsung Electronics? Most of all, business people need to try harder. But it is doubtful they will try. As companies grow, they feel more pressure from the power.