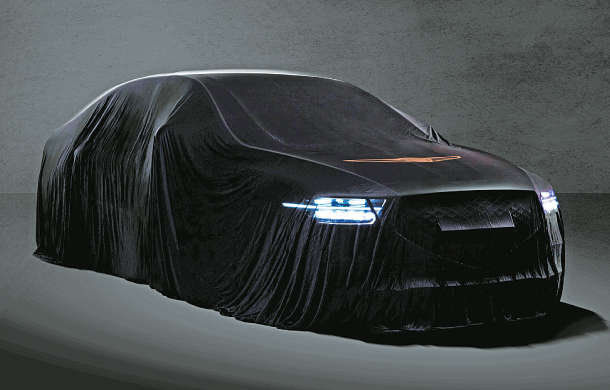 A teaser image of the face-lifted version of the EQ900 sedan, the G90. [HYUNDAI MOTOR]

Hyundai Motor’s Genesis brand released an image and information about key features of a face-lifted version of its EQ900 sedan on Thursday, prior to the car’s official introduction later this month.

The updated model will officially hit the market in Korea on Nov. 27. Presales begin Monday.

The luxury sedan has sold in the Korean market as the EQ900 since first being made available in 2015, but from the latest face-lift, the carmaker will call the vehicle the G90, in line with global branding.

Hyundai said having a single name for the car would make it easier to develop its reputation globally.

Despite being only a face-lifted version, many upgrades have been made on the model, according to the Korean carmaker. One notable design change is the quad-lamp headlights.

The new car also comes with the latest connected-car technologies, such as the “Over The Air Update” feature.

Hyundai said it is the first time any Korean-made car has been brought to the market with that feature, which automatically updates map data and software on the car’s navigation system.

A Genesis app will enable users to control car settings, like the window level, with a smartphone.