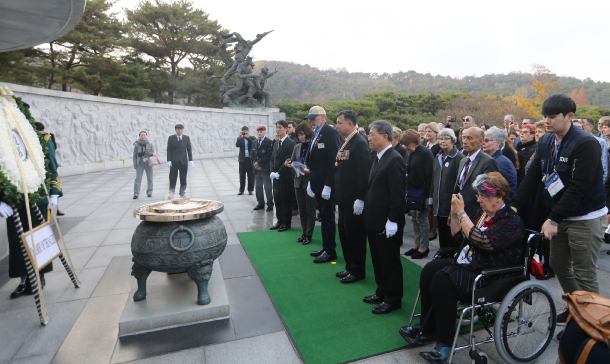 Korean War veterans and families of the war dead pay their respects at Seoul National Cemetery in Dongjak District, southern Seoul, on Friday. Some 110 people from 16 nationalities came to honor the memory of the soldiers killed during the 1950-53 Korean War. [MINISTRY OF PATRIOTS AND VETERANS AFFAIRS]