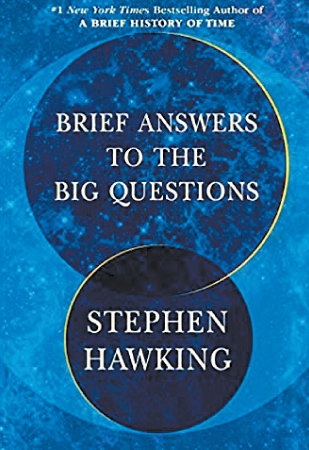 Brief Answers to the Big Questions

Stephen Hawking was the most renowned scientist since Einstein, known both for his groundbreaking work in physics and cosmology and for his mischievous sense of humor.

He educated millions of readers about the origins of the universe and the nature of black holes, and inspired millions more by defying a terrifying early prognosis of amyotrophic lateral sclerosis, which originally gave him only two years to live.

In his later life he could communicate only by using a few facial muscles, but he continued to advance his field and serve as a revered voice on social and humanitarian issues.

Hawking not only unraveled some of the universe’s greatest mysteries but also believed science plays a critical role in fixing problems here on Earth. Now, as we face immense challenges on our planet - including climate change, the threat of nuclear war, and the development of artificial intelligence - he turns his attention to the most urgent issues facing us.

Will humanity survive? Should we colonize space? Does God exist? These are just a few of the questions Hawking addresses in this wide-ranging, passionately argued final book from one of the greatest minds in history.

Featuring a foreword by Eddie Redmayne, who won an Oscar playing Stephen Hawking, an introduction by Nobel Laureate Kip Thorne, and an afterword from Hawking’s daughter, Lucy, “Brief Answers to the Big Questions” is a brilliant last message to the world. 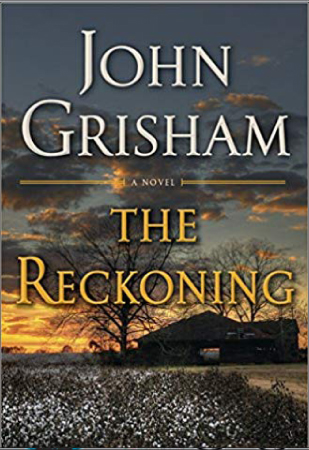 Pete Banning was Clanton, Mississippi’s favorite son - a decorated World War II hero, the patriarch of a prominent family, a farmer, father, neighbor and a faithful member of the Methodist church. Then one cool October morning, he rose early, drove into town, walked into the church and calmly shot and killed his pastor and friend, the Reverend Dexter Bell. As if the murder weren’t shocking enough, it was even more baffling that Pete’s only statement about it - to the sheriff, to his lawyers, to the judge, to the jury and to his family - was: “I have nothing to say.” He was not afraid of death and was willing to take his motive to the grave.

In a major novel unlike anything he has written before, John Grisham takes us on an incredible journey, from the Jim Crow South to the jungles of the Philippines during World War II; from an insane asylum filled with secrets to the Clanton courtroom where Pete’s defense attorney tries desperately to save him.

Reminiscent of the finest tradition of Southern Gothic storytelling, The Reckoning would not be complete without Grisham’s signature layers of legal suspense, and he delivers on every page. 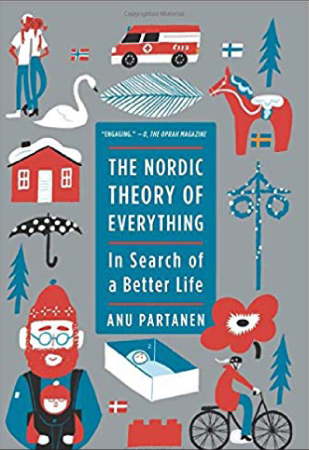 The Nordic Theory of Everything: In Search of a Better Life

A Finnish journalist, now a naturalized American citizen, asks Americans to draw on elements of the Nordic way of life to nurture a fairer, happier, more secure and less stressful society for themselves and their children.

Moving to America in 2008, Finnish journalist Anu Partanen quickly went from confident, successful professional to wary, self-doubting mess. She found that navigating the basics of everyday life - from buying a cell phone and filing taxes to education and child care-was much more complicated and stressful than anything she encountered in her homeland. At first, she attributed her crippling anxiety to the difficulty of adapting to a freewheeling new culture. But as she got to know Americans better, she discovered they shared her deep apprehension. To understand why life is so different in the United States and Finland, Partanen began to look closely at both.

In “The Nordic Theory of Everything,” Partanen compares and contrasts life in the United States with life in the Nordic region, focusing on four key relationships - parents and children, men and women, employees and employers and government and citizens. She debunks criticism that Nordic countries are socialist “nanny states,” revealing instead that it is Americans who are far more enmeshed in unhealthy dependencies.

Partanen wants to open Americans’ eyes to how much better things can be - to show her beloved new country what it can learn from her homeland.