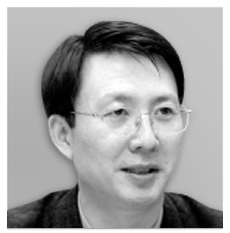 “Are we heading to socialism?” Mikishin Daimon, a Japanese lawmaker challenged the Bank of Japan governor in a finance committee meeting on April 9, 2009. He was asking the central bank about its quantitative easing program of purchasing corporate bonds to back Prime Minister Shinzo Abe’s ambitious economic stimuli. He was worried about the extent of state influence in the market economy. The startling thing was that the comment came from a lawmaker representing the Japanese Communist Party.

He might have the same observation about Korea. The state’s contribution to the economy grew sharply. Its spending accounted for 0.8 percentage points of 3.1 percent growth in the gross domestic product last year. That share will go up this year on record government spending to combat weakened domestic demand.

An expansionist policy is prescribed during economic slowdowns or downturns. But too much can be a problem. When the spending does little to help, valuable tax money is wasted. Such squandering of resources is the result of a wrong diagnosis of the economy. Such a misjudgment stems from ignorance or hostility towards large enterprises. Bureaucrats working for the liberal government are busy doing their jobs, and their orders come from on high.

The key policymakers in the Moon Jae-in administration have an extraordinary aversion to big companies — starting with the president. Large companies were lambasted for unfairness and predatory practices during a meeting about a so-called fair economy policy last week. Some cabinet members openly called chaebol malignant tumors of our society. One claimed to be late because he had to “scold” chaebol leaders. Samsung BioLogics came under multiple reviews and was charged with accounting fraud by financial authorities.

But like it or not, the Korean economy cannot do without large companies. They are largely responsible for growth and jobs. It is not that the government does not know that. It just does not want to admit it. The president took big business leaders for a state visit to Pyongyang because he knows that he cannot impress North Korea without them. Even as the government promises to lessen our economic reliance on large enterprises, it presses them to invest more. Hypocrisy runs deep. Many of the relatives of ruling party heavyweights worked or still work for large companies. Are they tumors on society, too?

It is not just the government. Society overall maintains a Janus-faced attitude towards large companies. They blame them for almost everything, and yet dream of their connections getting jobs at them. Consumers choose familiar names from shop shelves out of blind faith.
The Korea Federation of SMEs shuns Artisée brand as a chaebol-backed bakery and yet allowed one of its store to open at its headquarters building. Chaebol entities are stigmatized for bullying. Yet there are small business owners who can be overbearing or abusive towards employees. There are rude customers who throw food at part-timers who wait on them.

Who is entirely innocent? We innately disapprove of all kinds of businesses and entrepreneurs. We praise entrepreneurship but are stingy with compliments for individual entrepreneurs, which explains the low self-esteem among Korean businessmen. According to a Global Entrepreneurship Monitor study, South Korean ranked 49th among 52 countries in naming businessmen as a good choice of profession. That is a pitiful rank for the world’s 12th-largest economy.

The government cannot govern well if it does not recognize the role of large companies. The government must muster measures to aid the economy if it performs poorly. The more it gets involved, the more the market loses vitality. The economy must run on private-sector productivity. The government trots out one new measure after another. Its influence would only dampen productivity and slow growth. The economy will become more socialized and slow-moving. The deterioration of economic data suggests Korea is going in that direction.
The government ignores the market’s signs and vows more measures. Hong Nam-ki, nominee for deputy prime minister and finance minister, said he will study what extra the government can do to help the economy and reflect what he finds in policies for next year. He is wrong. The illness has worsened because the economy has been in the wrong hands. The government will help by doing less. It must first study where it should leave things alone and let the market be. By leaving affairs to businesses and keeping its involvement to encouragement, the government will be doing a great favor to the economy. It may be a positive sign that the new commander of the economy isn’t expected to do much for the economy.