A republic of discord

A republic of discord

CHOI SANG-YEON
The author is an editorial writer of the JoongAng Ilbo. 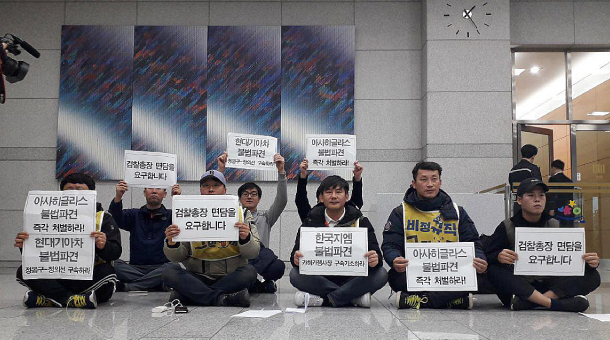 Alexis de Tocqueville wrote in “Democracy in America” that when a new business is established, French people go to government agencies and British people appeal to the lords, but Americans form an association. The French diplomat and historian wrote the classic after visiting the United States in 1831. If he visited Seoul today, he would certainly be impressed by the rallies in Gwanghwamun Square.

Under the current administration, large-scale rallies have noticeably increased. Rallies for and against refugee policies were held at the same time, and animal rights groups protesting against eating dogs are confronted by dog eaters who claim that people are more important.
Yet the Korean Confederation of Trade Unions (KCTU) and the Korean Teachers and Education Workers Union (KTU) are overwhelming the leaders. They push for new businesses by framing their interests with a candlelight sentiment and make excessive demands. The Blue House chief of staff and ruling party floor leader said that the KTU are no longer socially vulnerable and must fulfill their responsibilities.

Their words are great. It sounds like they are determined to be strict on illegalities and the high-handedness of these groups. They are not going to take sides with the KCTU and KTU and condone their demands for a share of the candlelight revolution. What’s important is whether their minds and actions follow.

Last weekend, the KCTU showed what they can do by blocking all lanes of Sejong Road. This week, they occupied the Supreme Prosecutors’ Office and plan to go on strike next week. Their main cause is to denounce the flexible work system. They want to scrap the plan agreed by the ruling and opposition parties and the government and implemented in the United States, Japan, Germany and France.
The labor circle seems to think nothing is impossible in this administration. The fired workers at Ssangyong Motors returned to work and former and incumbent executives were appointed to key positions in government agencies. The minimum wage increase and introduction of reduced work hours burden the national economy, but they don’t seem to be satisfied.

A few days ago, a trial turned into chaos. The defendant, who held protests to remove a statue of Douglas MacArthur every year and was charged for supporting and joining North Korea’s revolutionary front in the South, said that he was furious at the trial and that the court should be ashamed. He claimed that those who set fire to the statue were not punished.

In fact, members of an anti-American group set fire to the statue and called for the withdrawal of the USFK, but the police prosecuted them without detention on a charge of holding a rally without permission. The government does not issue a comment when Kim Jong-un is called out in Seoul and a large American flag was torn in front of the U.S. Embassy. Rather than sticks, the ruling party actually says that strong pressure is dangerous. They act bossy, the police treat them nicely and the employees at the Supreme Prosecutors’ Office use the back door. There is no one who doesn’t know why. It is the candlelight world.

Korea is already called a republic of discord. The primary cause of discord is political difference. One in three Koreans say that the least trustworthy group is one with different political views.

The politics of anger catering to supporters brought hatred and led to a vicious cycle of confrontation. It is time to end it.

The KCTU led the candlelight protests with strong organization and funding. It worked because citizens supported their courage to stand against the corruption of the establishment. The same goes for their stubbornness.

Korea’s economy and security have a long way to go as the day gets darker and colder.