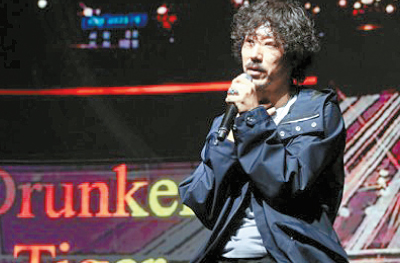 “Timeless,” from Drunken Tiger’s 10th full-length album topped the hip-hop / rap songs chart, the K-pop chart and the music video chart of the U.S. iTunes upon its release, according to Feel Ghood Music. The piece also ranked high on the main pop chart while topping iTunes’ song charts of 26 countries, including Sweden, Egypt, Romania, Israel, Finland, Saudi Arabia, Poland, the Philippines and Peru.

Debuting in 1999 as a duo, Drunken Tiger became a one-member group after the departure of DJ Shine in 2005. It was the final album put out by Tiger JK under the Drunken Tiger moniker.

“I want to leave good memories for my fans with this album and now I feel good because I’ve started my activities for the album with the good news,” Tiger JK said through the agency. Yonhap