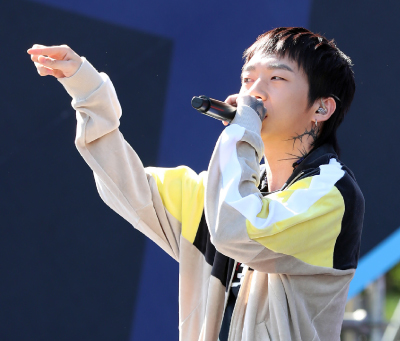 His agency AOMG posted the album’s cover and track list on social media on Monday.

The album features seven songs, including the lead track “Fence,” and artists such as The Quiett, Hoody and JUSTHIS and Chloe DeVita are featured on several tracks. Last Friday, the singer released the song “CASH” off of the upcoming album.

Won appeared on the sixth season of Mnet’s hip-hop competition program “Show Me The Money” (2017) and finished in third place.

In September 2017, he released his first single “We Are,” which featured famous rappers Loco and Gray.

In October, he signed with the agency AOMG, home to popular hip-hop artists Jay Park, Simon Dominic, Gray and Loco.