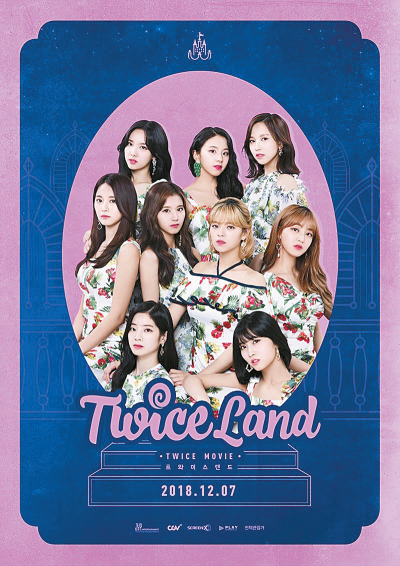 Weeks after international superstars BTS exceeded expectations with the success of their documentary “Burn the Stage,” girl group Twice is ready to entertain fans at their local movie theater as well.

CGV, Korea’s largest cinema chain, will be exclusively screening the upcoming “Twiceland” movie starting Dec. 7 in their ScreenX theaters, which are equipped with two additional screens, making for an immersive movie-viewing experience.

The movie will feature performance from the nine-member group, interviews and behind-the-scenes footage from their “Twiceland Zone 2: Fantasy Park” world tour, which kicked off in May this year and made stops in Seoul, Saitama, Osaka, Singapore, Bangkok and Jakarta.

Twice has recently topped local music charts with their EP “YES or YES” and will kick off a Japanese dome tour in March.